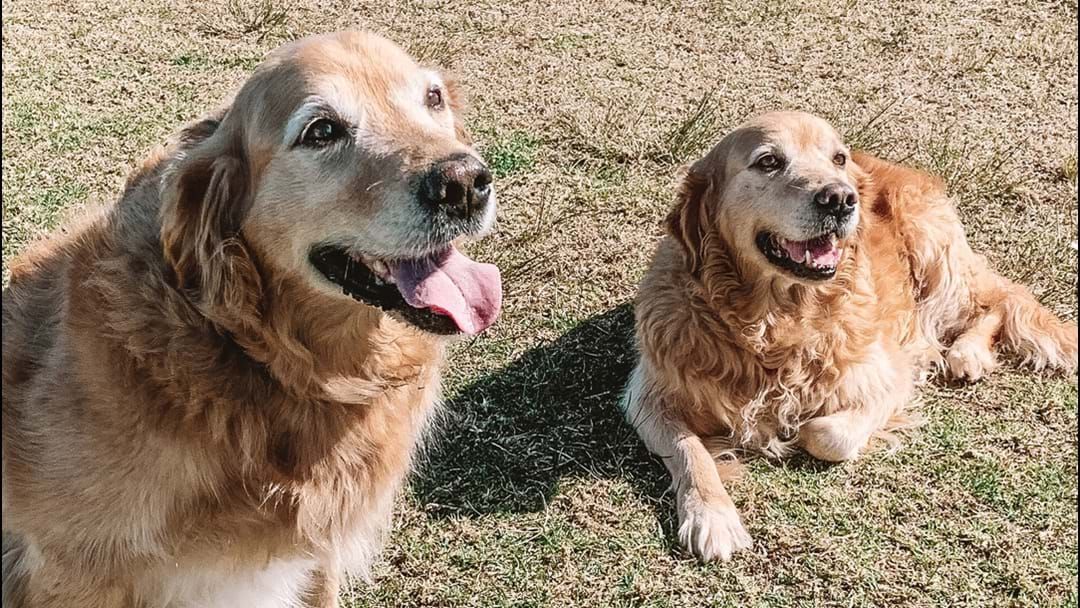 Somebody grab the tissues.

Almost eight years later, Jinxy and Chanel coincidently both went for a walk with their owners at Tania Park in Sydney's Northern Beaches.

It was practically love at first sight for these two golden pups as they can be spotted running into each other's arms, well paws, almost instantly.

The two owners unaware of their dog's history were completely bamboozled by the immediate infatuation and similarities the two golden pooches shared.

After a short chat between the two unknowing owners, it became clear that the dogs were both born from the same litter on a farm over 280km away and were separated at birth.

Honestly, what are the chances?

The two golden dogs both reside in Balgowlah and have been living less than a kilometre from each other their entire lives without knowing.

It is clear that time has not hindered their knowledge and love for each other.

The owners have assured 2DayFM that the two golden pups will continue to stay in contact with each other in order to share regular pats and playdates together until they grow old.

We're not crying, you're crying!