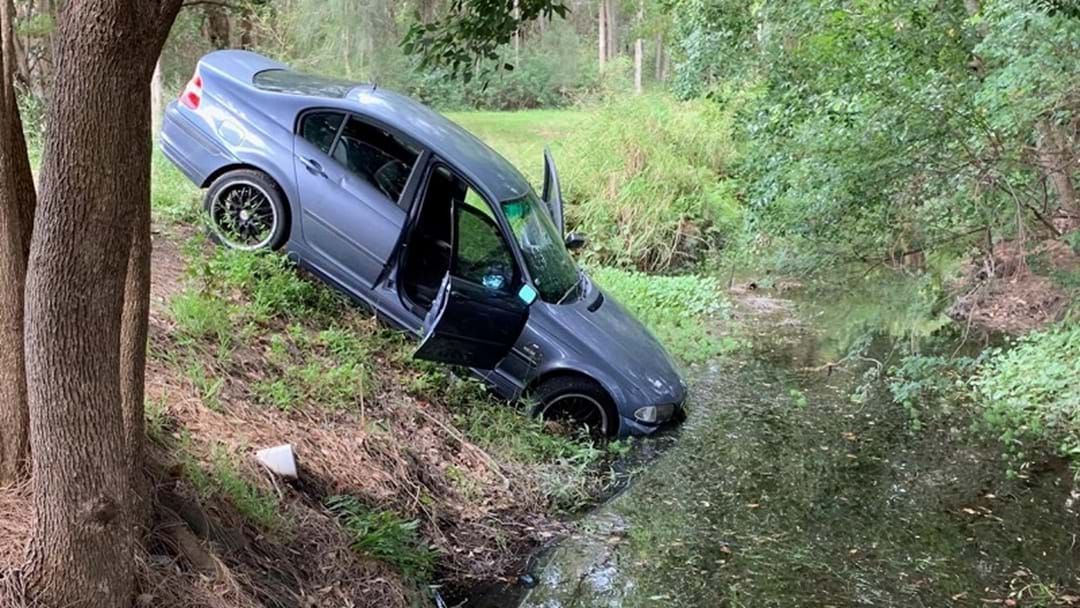 A disqualified driver til 2057 has been involved in a chase in Long Jetty.

Police tried to stop a blue BMW but the 37 year old driver took off down McLaughlin Avenue and lost control... later veering off the road & into the bush... the car partially submerged in the water below.

The man was charged to face Wyong Court today for breaching his bail, pursuit & disqualified driving.