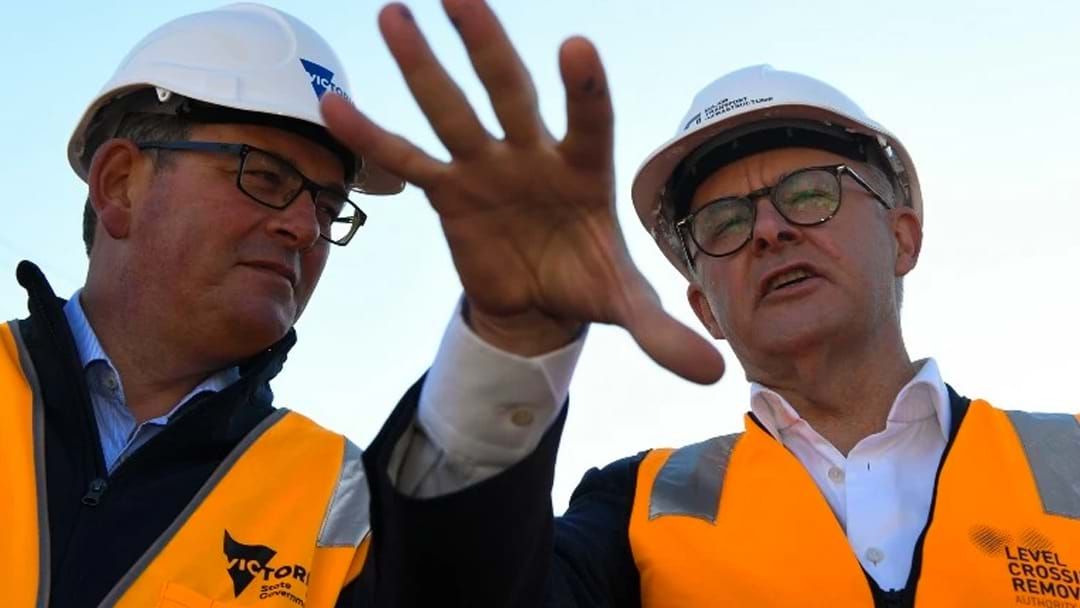 Labor continues to pledge big spending ahead of the Federal Election, pushing for more voters in Victoria with a contribution to traffic infrastructure.

Anthony Albanese said $2.2 billion will go towards the Andrews Government's Suburban Rail Loop project, which is a long-term investment to ease congestion on Melbourne's roads.

The cash splash was announced alongside Premier Daniel Andrews on Tuesday from Box Hill.

"This is a nation-building project," Mr Albanese told reporters at Box Hill.

"Our initial commitment is what we're making today, which is $2.2 billion. What that will do is should give the Victorian government confidence that they'll have a partner with the national government."

The proposed 90km route will help link eastern suburbs to key areas, such as the future airport rail and various western suburbs - reducing travel time by overpassing the city.

The rail loop was announced at the 2018 state election, estimated to cost $50 billion at the time.

As described by the Victorian Government, the project is a "once-in-a-generation opportunity to shape future liveability, productivity and connectivity" by connecting traffic corridors through bustling areas.