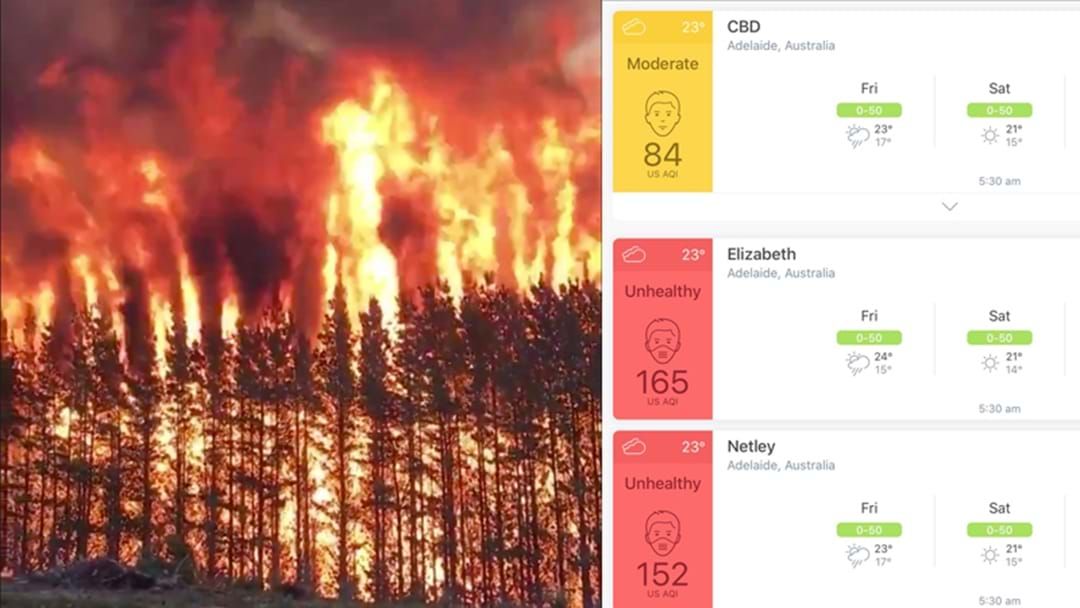 Adelaide’s air quality is ranking amongst the worst in the world this morning as smoke from the Kangaroo Island bushfires blankets the city.

The city recorded an Air Quality Index of 168 at about 6.30am, making it the 11th worst city in the world for air quality and pollution in the world at the time, according to the AirVisual website.

The SA Environment Protection Authority has deemed the air quality in the Adelaide CBD, and Adelaide’s west, northwest, north and south as “very poor” – the worst ranking possible.

Emergency services are being inundated with Triple 0 calls from Adelaide residents this morning as thick smoke from the KI bushfires blankets the city.

SA Police says there has been an increase in the number of calls to Triple 0 reporting smoke and is urging residents to consider if it is from the Kangaroo Island blazes before they dial Triple 0.

South Australia's public health system also reiterated the health concerns in regards to the excessive smoke in Adelaide in a tweet suggesting that people should stay indoors if possible and avoid exercise outdoors and reduce exposure to smoky air.

SA Health says people with asthma and other respiratory conditions should follow their actions plans, including carrying their prescribed reliever medication with them at all times.