"It did trigger me" 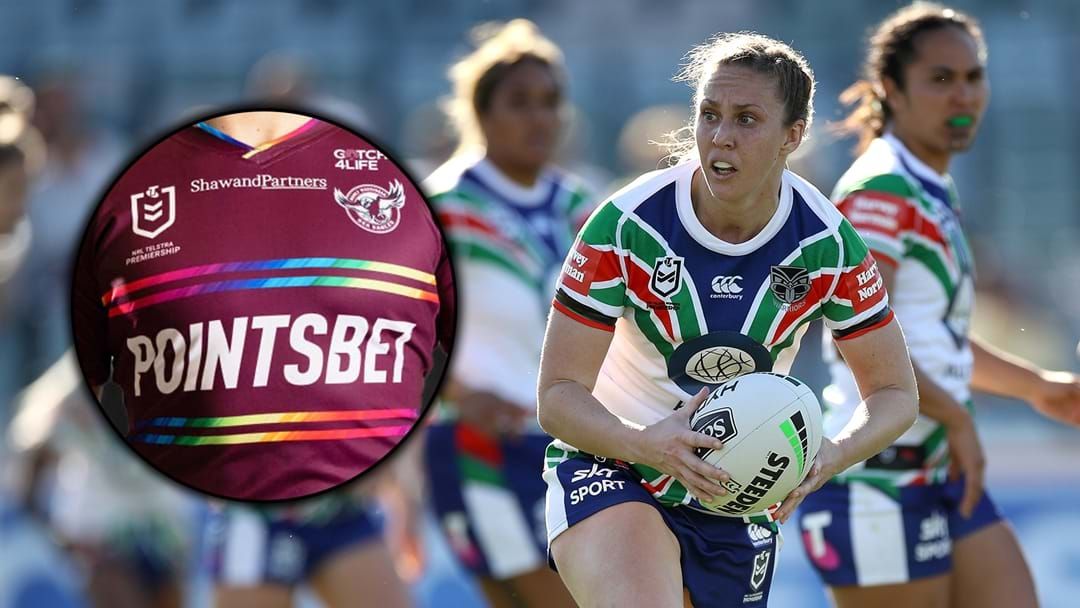 Brown revealed she felt “enraged” by the incident, only for her feelings to escalate when digging deeper into the story.

Listen to Karina Brown chat with Sam Squiers on the 'On Her Game' podcast, available now on LiSTNR and wherever you get your podcasts.

“It did trigger me, if I'm honest. I felt enraged and frustrated andthen I decided to dig a bit deeper and find out the wholestory...when I dug a bit deeper, I realised it's not even a pridejersey which makes it even worse,” she said.

"To get upset about a jersey with a few extra colour on the piping … I was astounded that was a stance that some players have taken.”

Brown’s conversation with Squiers follows seven Manly players withdrawing from their match this weekend because wearing a pride jersey didn’t align with their own personal beliefs.

Rainbow colours replaced white piping on the Sea Eagles’ jersey in what is the first pride jersey to be worn in an NRL match.

For those who don’t recognise Brown’s name, back in 2018 a photo of her was taken kissing her then girlfriend, Vanessa Foliaki, after the State of Origin match in Sydney.

Since then, Brown has been an advocate for inclusivity and embracing diversity.

The full conversation with Brown will be available soon, however this special episode of On Her Game has been shared for listeners to catch a glimpse of the conversation as soon as possible.