Kim's moved on and Kanye's not happy 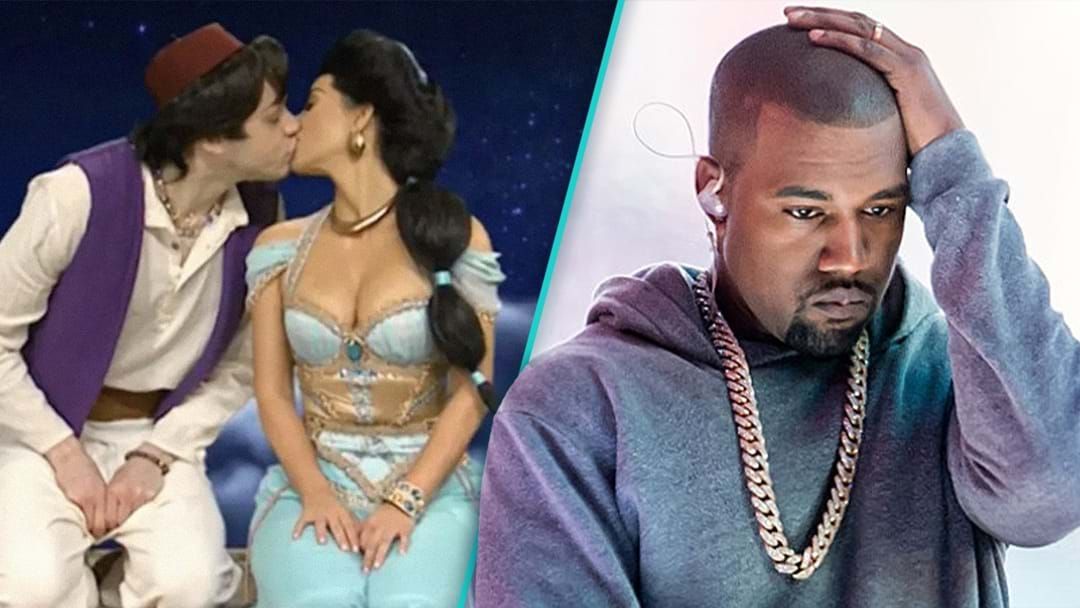 Ye’s latest song, ‘My Life Was Never Eazy’ (feat. The Game), recaps West’s life, from being an aspiring rapper to becoming one of the most well-known people in the business.

One particular line from the track has being doing the rounds on the internet, with Kanye stating “God saved me from the crash, just so I can beat Pete Davidson’s a**.”

Catch the story of Kanye's most bizarre feud:

While it might just sound like a petty dig at the Saturday Night Live personality, a recent interview with Hollywood Unlocked suggests West’s feelings about the new relationship are much deeper than he lets on.

“I’m about family, you know? Just me and my kids parenting… my kid’s mum… we’re not together. I’m still gonna be the best dad but when you do little nuances… I’m not gonna be like Jackie Robinson where you spit on me while I’m trying to, like, hit a home run,” Kanye shared.

Following the interview, Hollywood Unlocked’s Jason Lee tried to elaborate on what Yeezy had revealed to him.

“He’s bothered by not being able to have access to his children the way that he did before… When he came to the house and was not allowed to go in when North [West] wanted him to come in, [when] Pete Davidson was in the house… he chose to handle it in a very calm way and he left and didn’t make a scene,” the interviewer shared.

While Kanye is clearly perturbed by the developments in his ex-wife’s love life, a source told Entertainment Tonight that ‘Kim could honestly care less about the women Kanye dates’.