The whole island is burning... 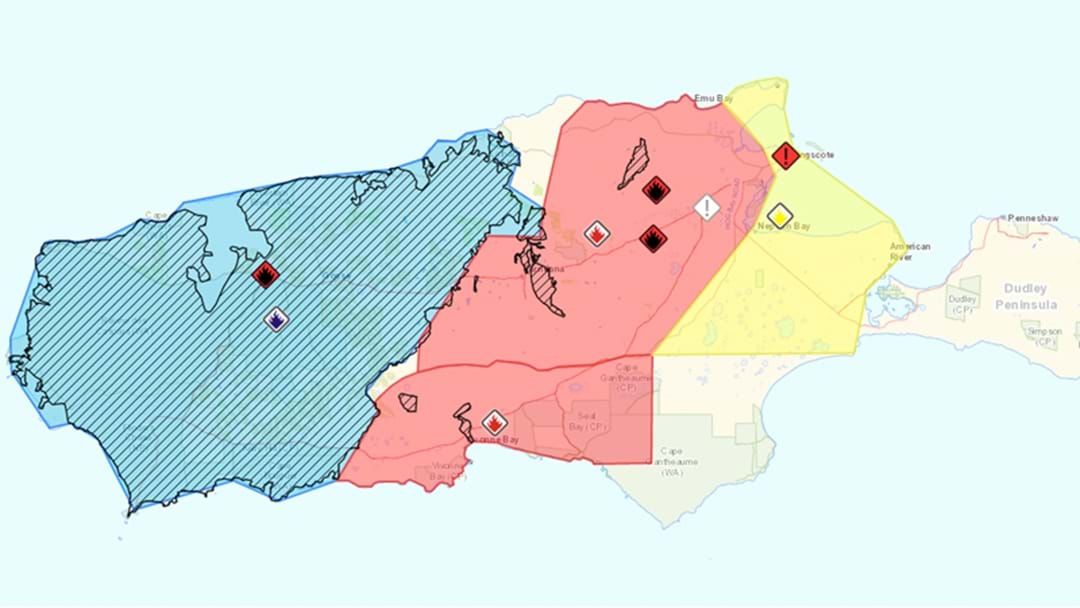 The town of Kingscote on South Australia's Kangaroo Island has been cut off as the Country Fire Service (CFS) continues to battle a number of out-of-control blazes on the island.

Two emergency warnings and a watch and act warning are in place on Kangaroo Island.

All roads out of Kingscote have been closed off leaving residents stranded in the town.

A number of other towns on the island were evacuated on Wednesday and Thursday.

Here are some of the most recent images of the damage the fires have caused on the island.

Roads out of Kingscote, on the island's north-east, are closed due to a watch and act warning and some people have spent the night sleeping at the water's edge and on the town's oval.

The town's airport has also been evacuated and closed and the emergency staging centre has been moved closer to Kingscote.

About 1,800 people live in Kingscote.

An emergency warning is in place around the Parndana township in the centre of the island.

There is a second emergency warning for the island's south coast, which includes Vivonne Bay, Seal Bay and as far as Cape Gantheaume — an area which was evacuated on Wednesday and Thursday ahead of deteriorating conditions.

The fires may pose a threat to lives directly in its path and people are urged to leave now as it will be too dangerous to drive.

Authorities said Kingscote and Penneshaw remained safer places and urged people to stay there. An advice message remains in place for the western third of the island.

For the latest updates on the fires in SA click here.