A whole decade ago! 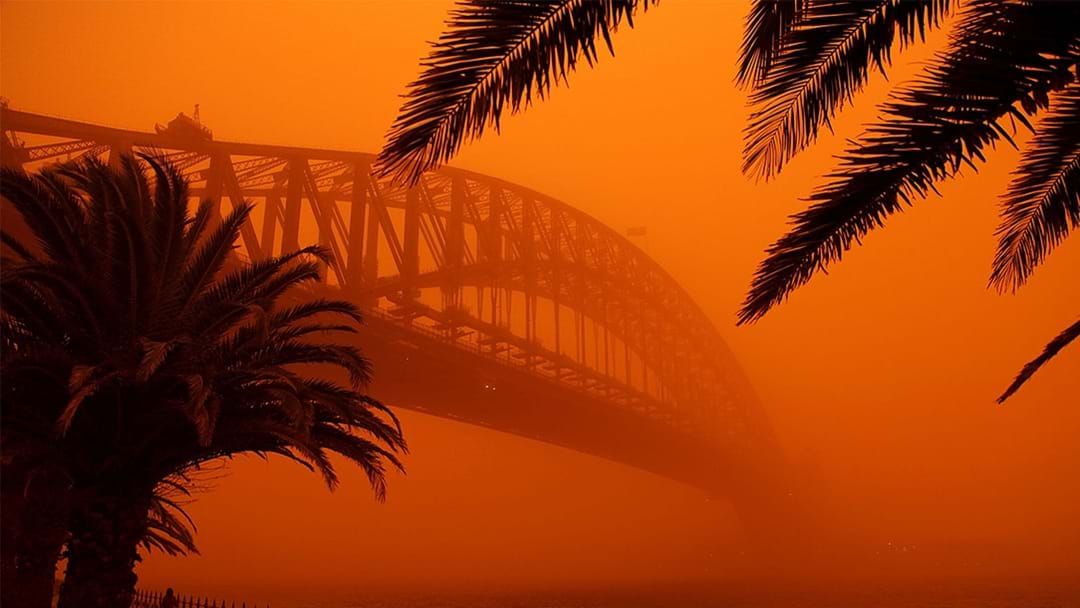 Believe it or not, it’s been 10 years since Sydneysiders woke up to an apocalyptic-like sky as our entire city was blanketed in thick orange dust.

The 2009 dust storm saw thousands of tonnes of red dirt from the outback swept over Sydney, Canberra and Brisbane.

However, nowhere was quite as orange as Sydney Harbour.

Flights were rescheduled or diverted, the main tunnelled of the M5 East Motorway was closed, many parents opted to keep their school kids at home for the day, and face masks saw a surge in sales.

The storm even inspired a major scene in Blade Runner 2049!

Now, 10 years later, we’re taking a look at some of the brilliant photos captured.

What are your memories from the 2009 Dust Storm?