Don't mess with the pouch! 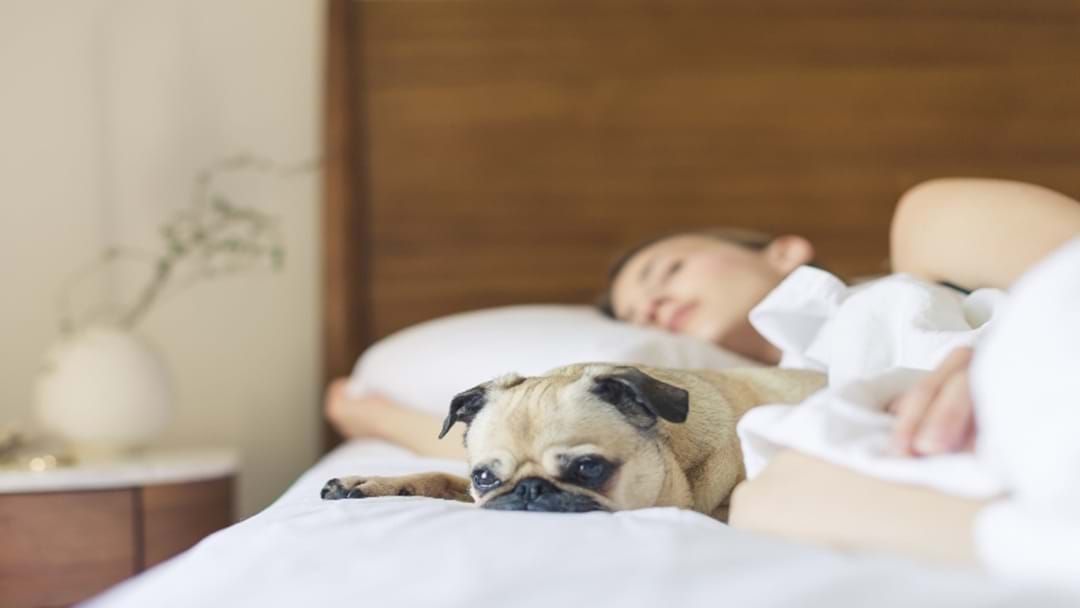 A recent study suggests that women's sleep can be fixed easily by sleeping beside her pouch rather than her partner.

The study conducted at Canisius College in Buffalo, New York and lead by animal behaviour professor Dr Christy L. Hoffman reached the surprising conclusion after surveying 962 women across the US.

The research found that sleeping beside a dog was far less disruptive to women than sharing their bed with another human. It was also revealed that their canine bedfellows also offered them a greater sense of security and comfort.

In the end though, it comes down to sleep schedules and the impacts of disrupted sleep.

Dr Hoffman told Healthline, "In comparison to human bed partners, dogs may be better at accommodating their human's sleep schedule,"

"It may be that dog bed partners adapt more readily to their owner's schedule than do human bed partners."

Comparatively, for all those feline lovers out there, cats however were found to be just as disruptive as humans.

And its probably worth noting that dog sizes also vary, while some dogs snore, some scratch, some lick....so really, I guess it all comes down to the lesser of two evils!