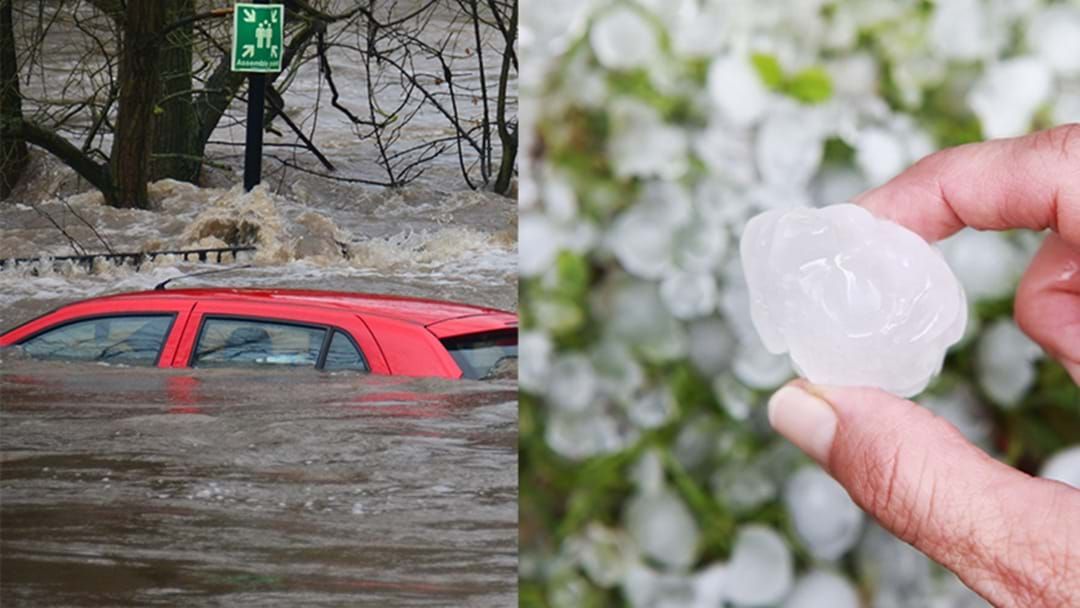 Perth has been hit by a sudden, brutal and unexpected storm that sparked weather warnings and caused property damage.

But, there is more to come.

According to the Bureau of Meteorology large hail, heavy rainfall and damaging winds could be about to hit the southern suburbs from Rockingham to Mandurah.

Locations affected could include Mandurah, Baldivis, Henderson, Rockingham and Secret Harbour by 1:05pm and Nambeelup, North Dandalup and Pinjarra by 1:35pm.

While the severe weather warning has now been downgraded the Department of Fire and Emergency Services WA is advising people of Perth to stay vigilant with these precautions.

The situation will continue to be monitored and further warnings will be issued if necessary stay updated with the latest weather warnings here.