Hundreds Of NSW Healthcare Workers To Strike Over Staff Shortages 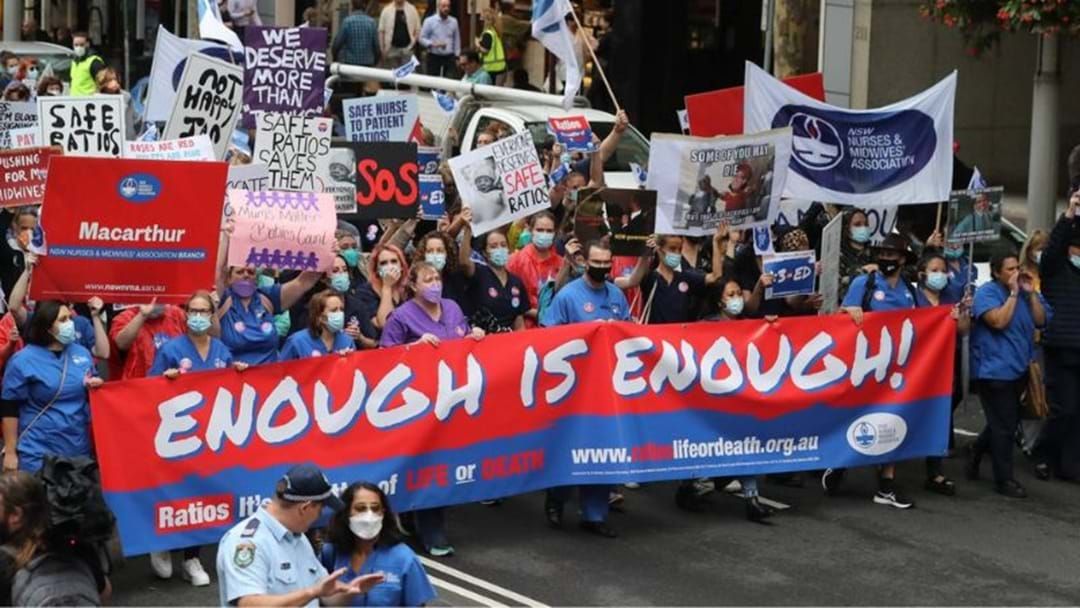 New South Wales nurses and midwives are set to strike next week over state-wide staffing shortages.

Nurses and midwives have plans to stop working next week in a bid to force the government to address staffing shortages and to offer more substantial pay rises.

The strike, which has been orchestrated by members of the NSW Nurses and Midwives’ Association, is set to place next week on Tuesday, June 28.

Members of the NSWNMA from 80 hospitals will cease working for up to 24 hours with workers from Bankstown and Liverpool striking for the full 24 hours while healthcare staff from Campbelltown, Blacktown and the Royal Prince Alfred Hospital will strike for 12 hours.

According to the NSWNMA, the government have not appropriately addressed pleas for better pay and state-wide staff shortages in the latest state budget.

Despite demands from healthcare staff for better staff-to-patient ratios and better wages, the government failed to increase wages in accordance with inflation and offered no solution to the staffing crisis.

As part of the state’s $4.5 billion health care package, the government pledged $3,000 to all healthcare workers as a “thankyou” for their work during the pandemic and raised wages by 3 percent.

The state government also announced plans to hire a total of 10,000 more staff including 200 midwives and another 3,517 nurses.

Despite these changes to the healthcare sector, members of the NSWNMA believe this is not enough.

Next week’s strike will be the health sector’s third this year following workouts in February and March.