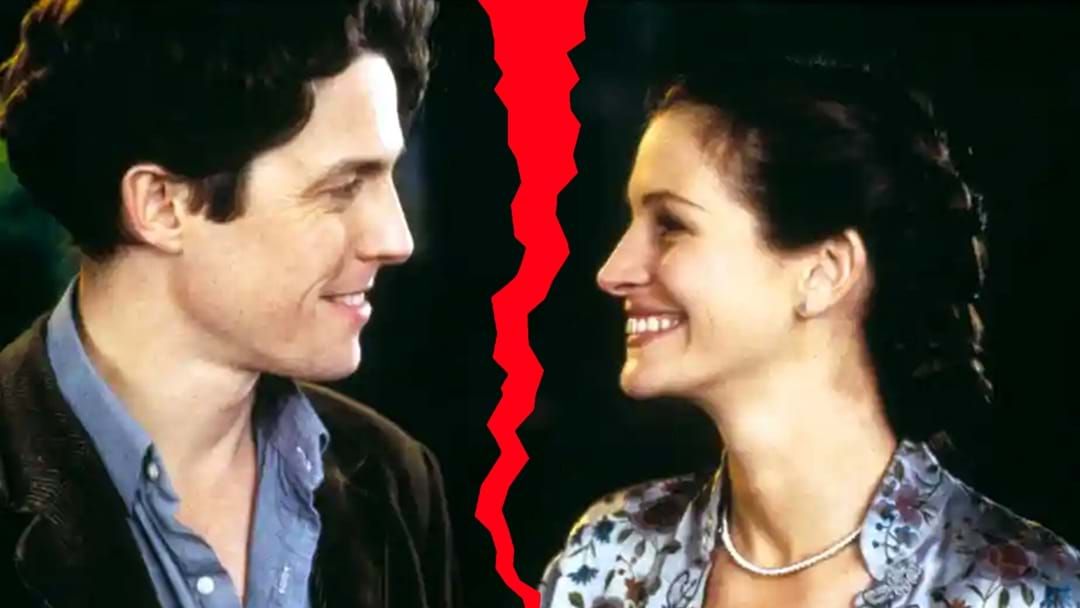 It's a movie we know and love and to be honest, occasionally quote - I'm just a girl... standing.... oh you get the point, but here's something that may make you watch it with different eyes!

Hugh Grant said some SHOCKINGLY shady things about Julia Roberts over the years after shooting the massively successful 1999 romantic comedy base on the story of a bookshop owner falling in love with the biggest star in the world.

Need some movies and TV show streaming ideas? Listen below!

Hugh has said in interviews that he always found the kissing scenes awkward with Julia as he was aware of the size of her mouth. While appearing on Andy Cohen's Watch What Happens Live in 2015, Hugh said "she might hate me for saying this but the kissing scenes weren't all that great because she has such a large mouth". He went on to say: "I was aware of a faint echo as I was kissing her."

When asked if he was still in touch with the star, he replied: "No. I would be I suppose, but I probably made too many jokes about the size of her mouth. She might hate me by now."

It doesn't end there. There are rumours Hugh apparently went around on set complaining about how low Julia's voice was - lower than his in fact. Mainly due to the fact that his was higher as he was nervous.

Get some serious Game Of Thrones goss below!

To top it off, there were also rumoured issues around how much she was getting paid ($15million) and that she was a big American actress who had come to England to 'make a little film'.

Hugh has since said he'd like to do a sequel to the movie but there's a catch, it would have a sad ending with his and Julia's characters going through a divorce.

We think we'll re-watch Notting Hill and just pretend he didn't say any of that!