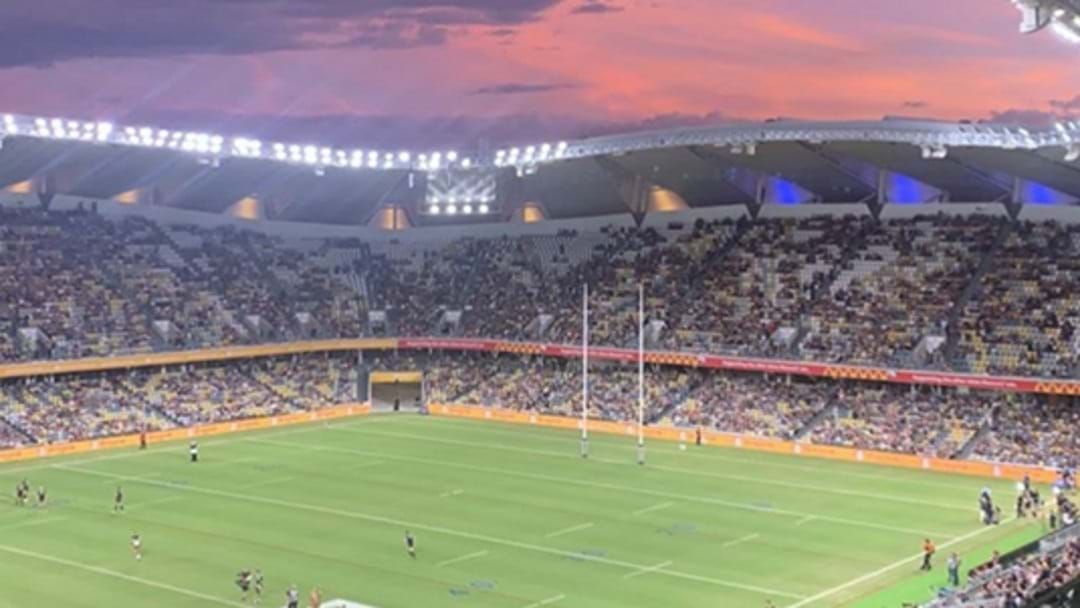 We’ve only been able to enjoy one game at Queensland Country Bank Stadium, but it’s safe to say we are missing the incredible seats, the big screen, the flashing lights, and general buzz of the Cowboys’ new home.

The long distance relationship may be given some love though with a 'Fan in the Stand' idea...

It’s now being trialled that a cardboard version of you could be at the game!

It’ll cost you $22 to order a ‘Fan in the Stand’ cut out which will be permanently placed in the stands for the next seven weeks.

Then what happens? Well hopefully we'll be back at Queensland Country Bank Stadium and you get to take your cut out home!

The idea is currently being trialled for Bankwest Stadium and Central Coast Stadium, so hopefully it heads north very soon!

IS COWBOYS PLAYER KYLE FELDT ABOUT TO BECOME A THERMOMIX REP?