"They're telling a very important story" 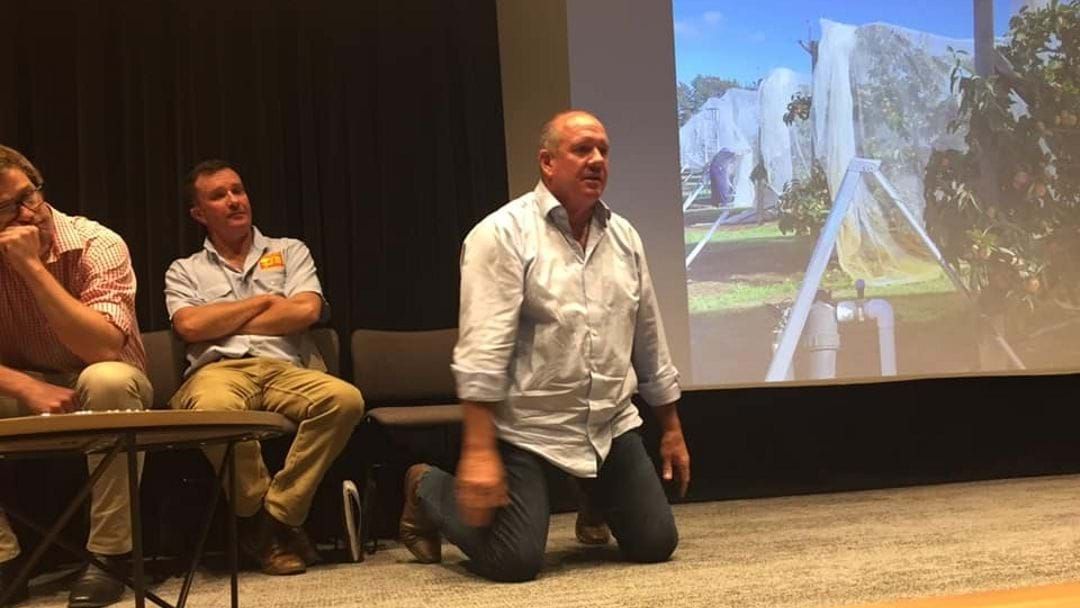 Southern Riverina Irrigators chair Chris Brooks and deputy chair Darcy Hare were invited to NSW Parliament on Wednesday to give a presentation on the devastating impact poor water policy is having on their communities.

The pair flew to Sydney by invitation of Rod Roberts MP, as representatives of more than 2,000 farmers, and were scheduled to present during a lunch break, with every single NSW MP invited to attend.

However Helen Dalton MP, member of the NSW Legislative Assembly and representative of the electoral district of Murray, has expressed her disappointment that so few MPs offered to listen to the group, "especially after they'd travelled so far to get here".

"They're telling a very important story. Most people in Sydney think drought has caused all our problems. That's not true in the south. There's so much water being wasted along the Murray, Lachlan and Murrumbidgee rivers. We are losing jobs and lives due to the disastrous Murray Daring Basin Plan".

According to Mrs Dalton, there were a few Liberals in attendance, and a Labor MP, "but not one National MP - the so-called party of regional Australia - bothered to turn up".

Mrs Dalton will be joined by Shooters, Fishers and Farmers Party leader Robert Borsak, Mark Banasiak MLC, Mr Hare, and Mr Brooks at a press conference in Parliament House this morning, which she expects more Labor and Liberal MPs to attend.

Did you miss the show? Catch up with Bronte & Sam below...