Potential for flash flooding on Thursday 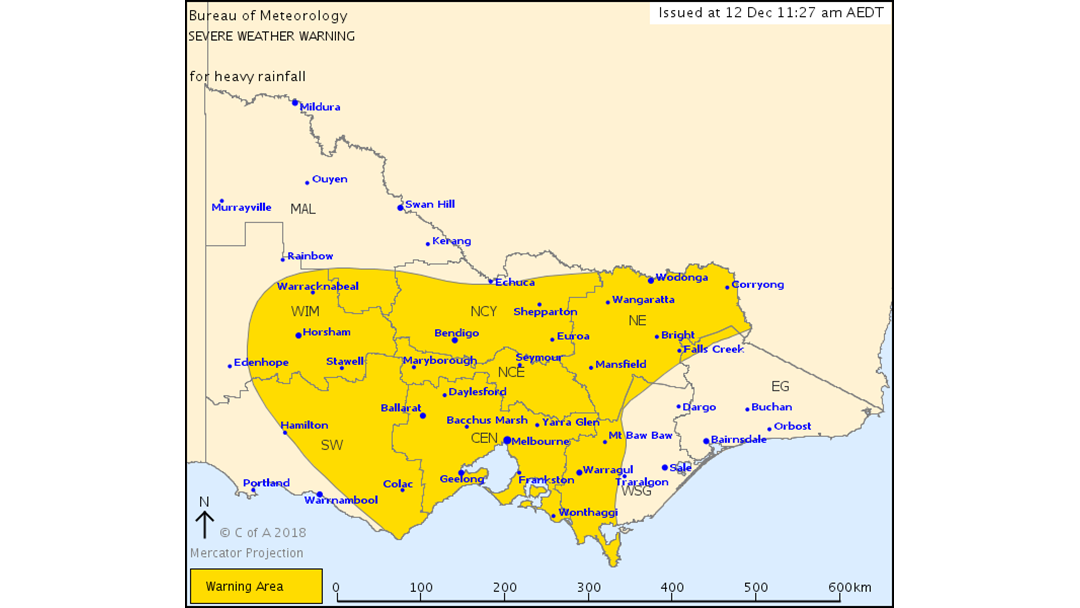 Central Victoria is one of the many locations bracing for thunderstorm activity to bring a potential 100 mils of rainfall on Thursday.

The Bureau of Meteorology issued a severe weather warning on Wednesday morning for the majority of the state, including North Country.

A low pressure trough will move slowly eastwards across Victoria during Thursday, deepening into a low pressure system over central parts of the State.

Rain areas and thunderstorms are expected to develop across the warning area from the west during Thursday morning, with periods of heavy rainfall likely that may lead to flash flooding. Rainfall totals of 30 to 50mm are expected during the morning and afternoon - with locally higher totals in the 50 to 100mm range possible.

The State Emergency Service advises that people should:
* Don't walk, ride or drive through flood water;
* Keep clear of creeks and storm drains;
* Be aware that in fire affected areas, rainfall run-off into waterways may contain debris such as ash, soil, trees and rocks;
* Be alert that in areas recently affected by fires, heavy rainfall increases the potential for landslides and debris across roads;