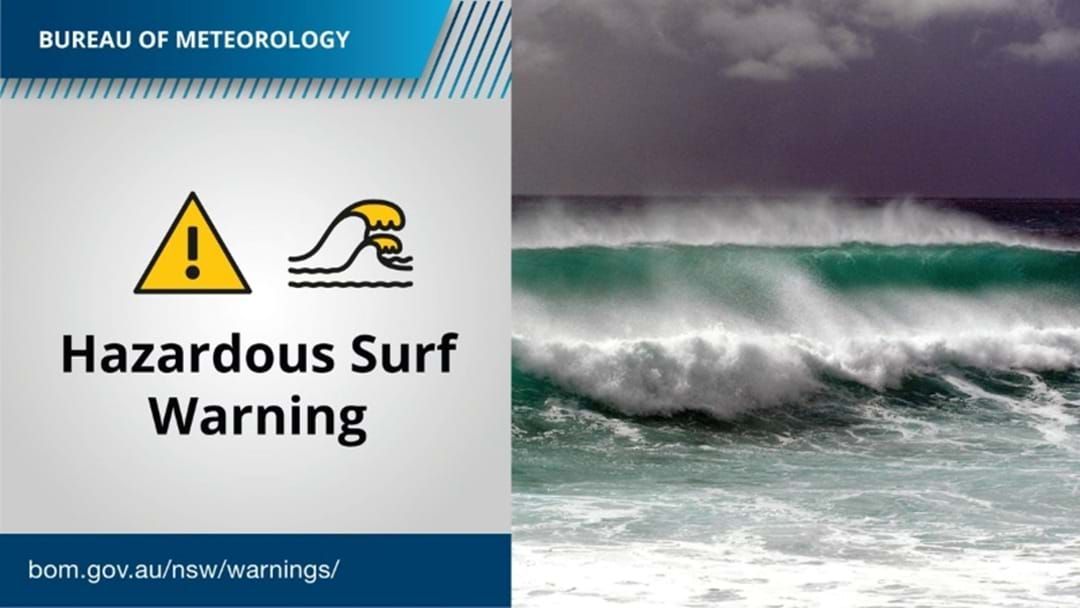 A weather warning has been issued for major parts of the state as wild surf hits the NSW coastline again today.

Swimmers are being told to stay out of the water and avoid walking near surf-exposed area, after a massive swell hit the iconic Bondi beach overnight.

The Bureau of Meteorology (BOM) issued a hazardous surf warning on Monday about 6am, from Byron in the state's north to Eden in the south, with heavy surf conditions expected to continue today and tomorrow.

With waves of up to five metres lashing Sydney’s beaches, BOM's Gabrielle Woodhouse said the waves are extremely powerful.

“There’s actually a huge amount of energy coming in with those waves, which means they’ve got a lot of power,” Woodhouse said.

“It’s going to remain pretty hazardous for coming days because it’s going to take time for that to ease off.”

As waves continue to batter the NSW coastline, authorities fear it could lead to further coastal erosion, with Byron Bay, Wamberal, Stockton and Collaroy residents hit hardest during recent years.