Harry Styles Brought Shania Twain Out On Stage At Coachella! 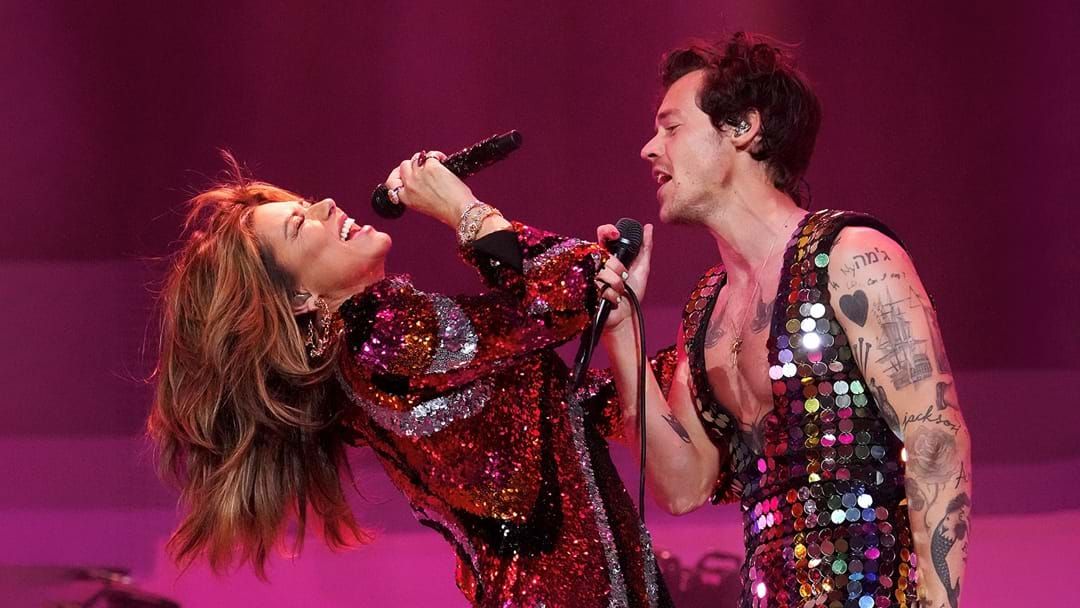 Harry Styles was always going to give fans an epic show at Coachella and man, did he not disappoint!

Haz not only belted out his new track 'As It Was' straight up (no warming up here) he also dropped a few new songs ('Boyfriends' and 'Late Night Talking') starting off in a faux fur coat and then ditching it to show off his glittery bodysuit.

It didn't stop there though, all of a sudden the one and only Shania Twain joined Harry on stage with the pair performing her iconic hits 'Man, I Feel Like A Woman' and 'Still The One' with Harry revealing Shania was a massive influence on him growing up saying; “This lady taught me to sing... she also told me that men are trash.”

We can't wait to hear the rest of Harry's album 'Harry's House' when it drops on May 20 PLUS we've still got Billie Elish and The Weeknd to perform at Coachella!

You can check out the show live on the Youtube Live Stream below.