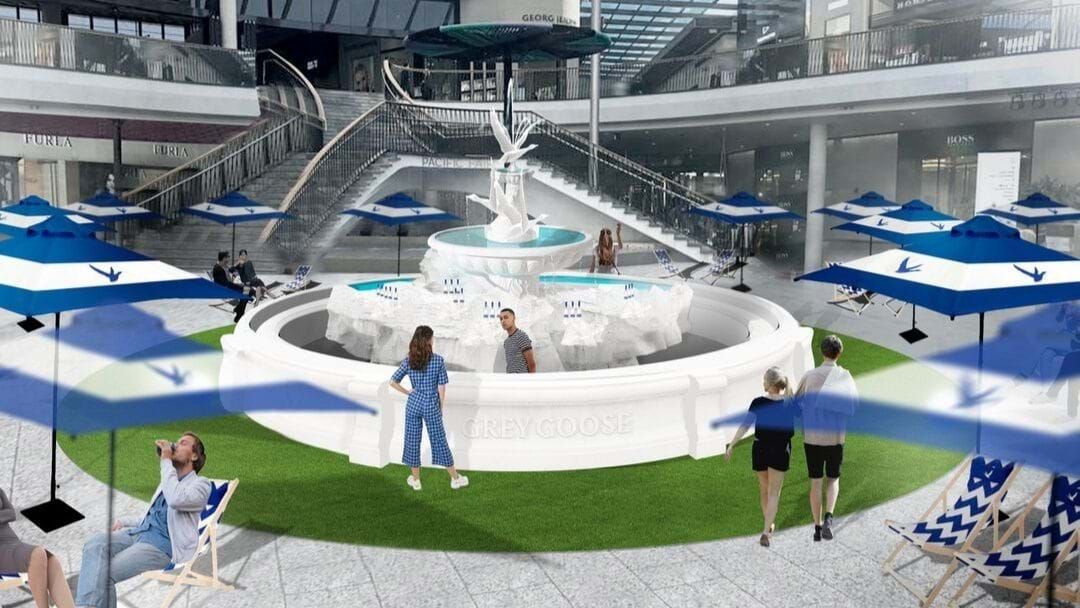 We hope you're thirsty because Grey Goose is bringing something extra special to Pacific Fair this month!

The French vodka giants will be activating a chic, travelling pop up bar which doubles as a wishing fountain, appropriately named 'The Fountain of Goose', which will be making its way through the East Coast of Australia from October until December.

The French Riviera style fountain will be popping up at Pacific Fair from October 9th until October 13th and will be offering complimentary Grey Goose vodka, lime and soda mini-cocktails to the public.

The concept mimics the classic fountain of youth, complete with its very own wishing well and custom GREY GOOSE coins to throw into the fountain. The bar will feature a limited-edition Grey Goose x Maison Labiche Riviera Bottle, Hamptons styles Grey Goose umbrella with plenty of seating and of course, a large, white marble, fully functional fountain.

The super grammable pop-up bar will also feature a bunch of surprise 'out of the blue' performances and experiences over the five days, with the acts changing each day. If you're keen to kick on, Grey Goose has partnered with Nineteen at the Star Casino and Hideaway Bar where Fountain of Goose visitors are welcome to drop by and redeem a speciality cocktail token.

If you're keen to pop in and check it out, the Fountain of Goose will be up and running from:

In case you missed the show, tune into the podcast below...