It's all kicking off! 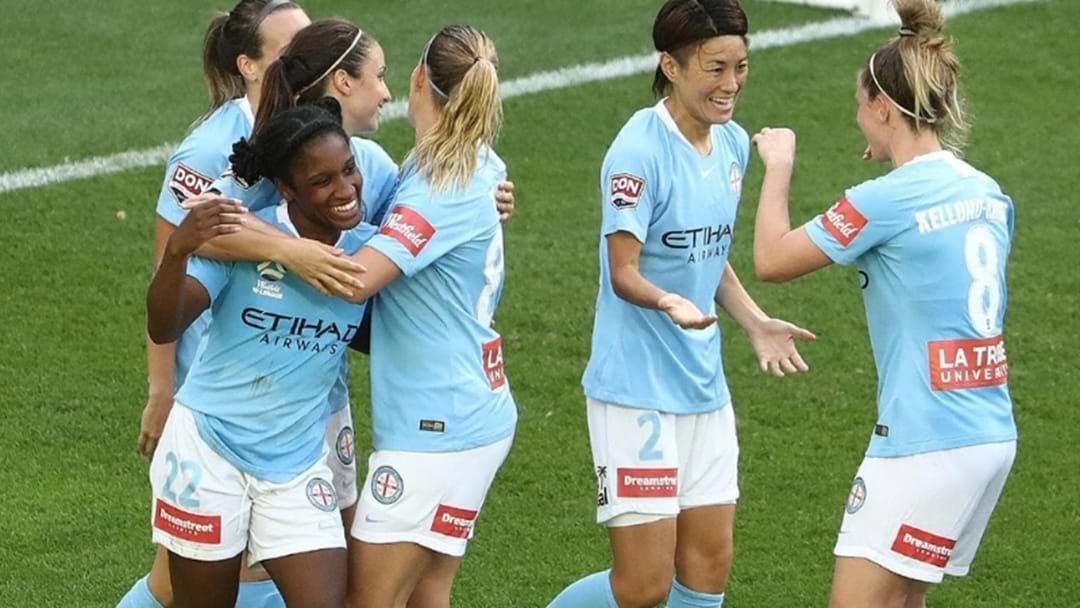 Shepparton will be not be hosting the standard pre-season match, instead the first home game for Melbourne City FC in the Westfield W-League

Westfield W-League fans will be able to see their favourite players as Melbourne City take on Adelaide United on Saturday 30 November at Shepparton Sports City.

City’s clash with Adelaide United under lights will be part of a blockbuster double-header with the Melbourne City’s Foxtel Y-League squad taking to the pitch first against Brisbane Roar at 3pm and the Women’s team to battle it out at 6pm.

“The Greater Shepparton community has a great love for football and this is a great opportunity for not only for football lovers to enjoy but for our young female athletes to go along and learn new skills and be inspired,” Cr Abdullah said.

“We are all very excited to see the calibre of play to occur at Shepparton Sports City.”

This will be the second pre-season Melbourne City match Greater Shepparton has hosted as part of a three-year contract with the club.

“Securing partnerships with organisations like Melbourne City and hosting events like this adds significantly to the region’s reputation of being the sporting and events capital of regional Australia. This is an event for the community and I encourage all football lovers to get along to the match on 30 November,” Cr Abdullah said.

W-League Head Coach Rado Vidosic said they were looking forward to having their first home game at Shepparton Sports City.

“It’s an exciting opportunity for our Club and our team to host a W-League fixture in Shepparton,” he said.

“I’m looking forward to meeting the people of Greater Shepparton and putting on a strong football display for the local fans.

“We have an exciting squad, with a great mix of exciting young players and experienced internationals who have played at the highest level of Women’s football.”

Tickets will be available at the gate with adults $10, Children 13-17yrs and Concession $5 and Children 12 years and younger free entry.

Melbourne City Football Club members will be eligible for free entry by showing their 2019/2020 membership card on the day.

Missed the show? Catch up with Josiah & Elly here: