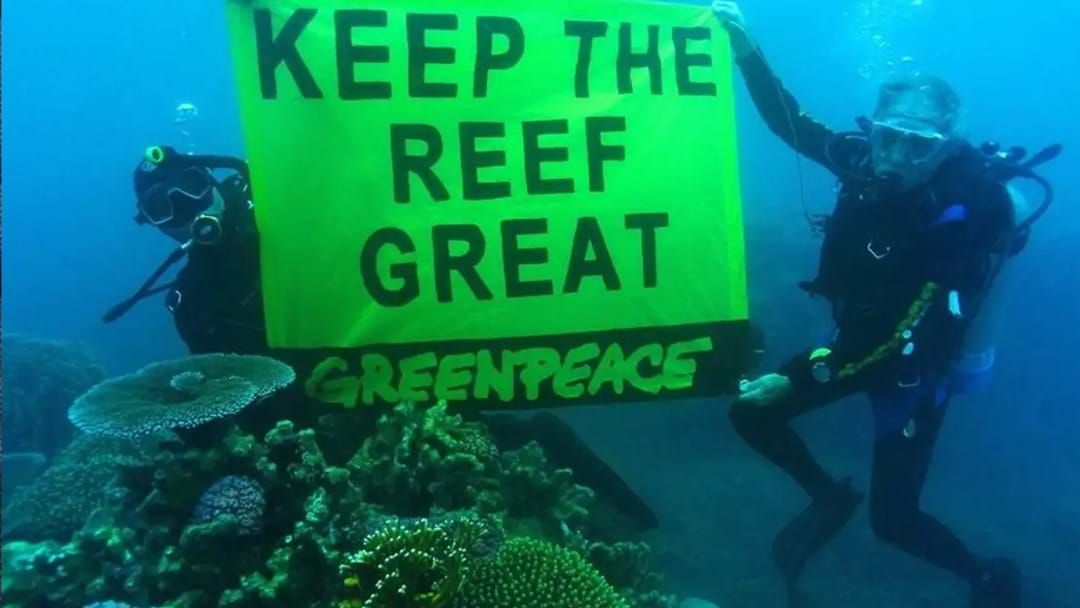 A report by the Great Barrier Reef Marine Authority has been handed down days before a United Nations delegate is set to assess the viability of its World Heritage listing.

"Weather patterns over the next few weeks will be critical in determining the overall extent and severity of coral bleaching across the Marine Park," the authority said.

Greenpeace has identified the consumption of fossil fuels and weather patterns as the waterscape's major source of damage.

A team from UNESCO will observe the health of the largest ecosystem in the world, making a decision on whether or not the Great Barrier Reef will be added to the list of "in danger" heritage sites ahead of a June committee meeting.

"As we speak, Great Barrier Reef corals are bleaching for the fourth time in six years, these are clear signs of an ecosystem in danger because of climate change," Greenpeace Australia Campaigner Martin Zavan.

"The UNESCO mission to the Reef needs to see the severe and widespread bleaching event that is happening right now because of climate change and not just the postcard images that the Australian Government wants to advertise."

"Because the government has prevented independent scientists and environmental charities like Greenpeace and local Queensland groups from meeting with the mission, it is vital that they witness the reality of climate damage on our precious but fragile Reef."

Greenpeace say the Morrison Government continues to misrepresent the health of the coral reef, despite widespread bleaching over the past five years.

"Why doesn't the government want the mission to meet with groups that represent millions of australians who love and what to protect the reef," Zavan said.

"Perhaps, acknowledging the scale of the threat to the reef would make the government's current course of inaction unacceptable."

University of Queensland coral reef biologist, Dr Selina Ward said the outlook for the Great Barrier Reef has become more grim with yet another bleaching event.

"This is the first big bleaching event in a La Niña year, which we would expect to protect our reef from bleaching," she said.

"Only a dramatic reduction in greenhouse gas emissions right now will give the Great Barrier Reef the best chance of survival. Our governments need to move away from fossil fuels immediately if we hope to enjoy the Reef into the future."