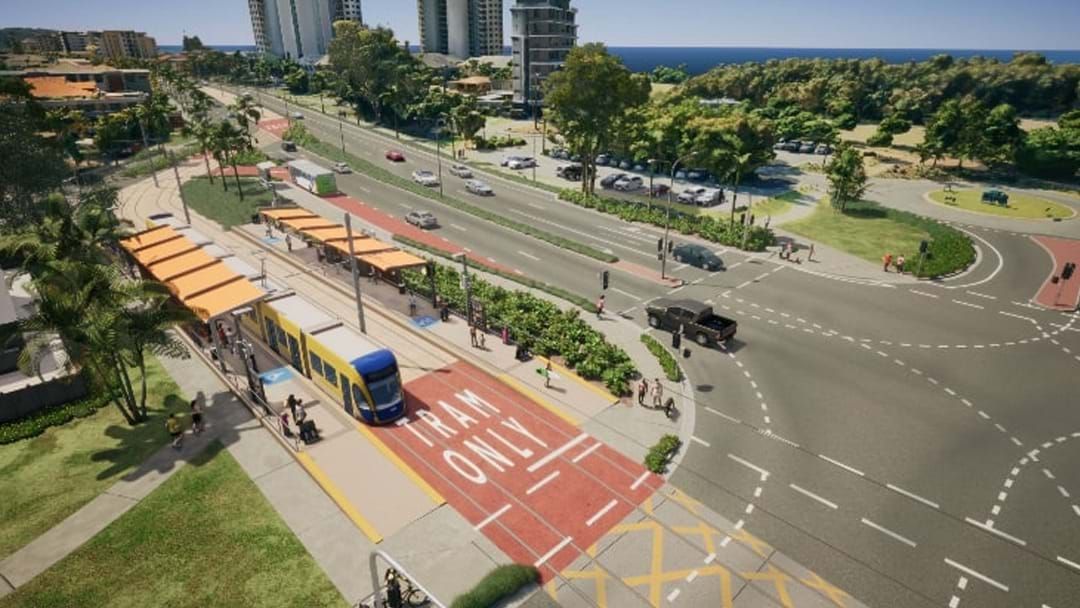 Gold Coast Mayor Tom Tate is infuriated by a backflip from local MP Karen Andrews, for reportedly backing away from funding the Rail Link project.

A funding commitment from local councils for Stage 4 of the project - linking Burleigh Heads to Coolangatta - has fallen flat.

Andrews said the McPherson party will not approve the funding, adding that reducing the Gold Coast Highway to only one lane will cause massive commuter chaos.

Tate responded to the backflip, which has interfered with three major Gold Coast projects.

"People of the gold coast will remember this, 63% of the Gold Coast people support (Stage 4 of the) Light Rail," Tate said.

He was also disappointed that the Prime Minister was yet to visit the Gold Coast during his election campaign.

McPherson MP Karen Andrews responded to Tate's displeasure in a statement, after revealing shewill fight to stop the extension of the $2.7 billion project.

"As the united Morrison Government Gold Coast team, we've been fighting and delivering significant investments across the coast — our own GC deal — with the full extent of commitments running into the billions of dollars," it read.

"The Gold Coast City Council is the second-most funded council in Australia. The Morrison Government is invested in seeing the Gold Coast succeed — this is evident in the extensive work being undertaken across the city."