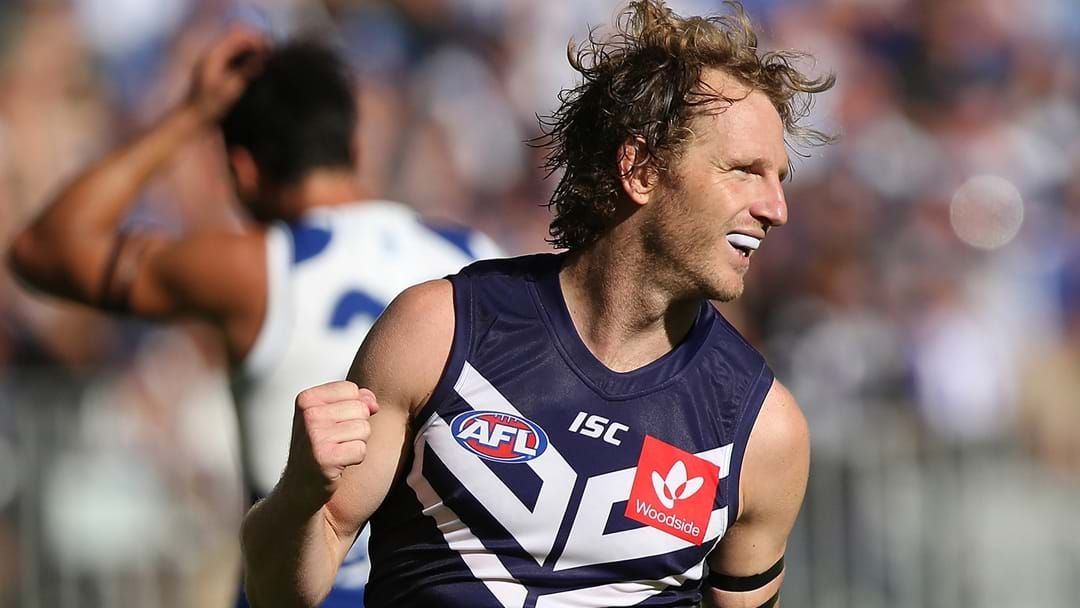 David Mundy will depart Fremantle as one of the greats, after the club’s games recorder holder announced he would hang up his boots at the conclusion of the season.

Mundy made the announcement to his teammates this morning and will leave the game still performing at a consistency high level.

The 37-year-old said he was proud of the person he’d become and what he was able to do with the Dockers in his 19 years at the club.

"I’ve been living my dream for 19 years now and I’ve loved every bit of it," Mundy said.

"Not all of it has been easy, there’s been quite a few, really hard and emotional bits to it, but I’ve been able to grow as a person and as a player throughout my time at Fremantle and I wouldn’t have it any other way.

"I feel I’ve grown from a skinny full-back who didn’t want to talk to anyone, to being a part of the leadership group for a number of years now.

"I’m proud of that growth and that journey and I’m looking to get the most out of this season and explore what’s next.”

Mundy made his debut in round six, 2005 against Melbourne, later going on that season to earn a Rising Star nomination.

He continued to earn accolades throughout his career, including the club’s best and fairest in 2010, All-Australian selection in 2015, Fremantle life membership in 2012, , a Glendinning-Allan Medal in the opening-round derby of 2013 and the Dockers’ captain in 2016.

To date, Mundy has played 371 games and this week will draw with Adam Goodes in ninth spot on the all-time AFL/VFL games list.

Executive General Manager of Football Peter Bell said current and future Fremantle success can be attributed to the impact Mundy has had at the club.

“He’s been a big part of the group that we have now. He’s a big part of why we’re very confident for the remainder of this year and the future.

“He’s a great character who understands the bigger picture, understands what the stresses of being a player are, and understands more broadly the other decisions and leadership that we need as a football club.”

Mundy had earlier this season expressed intentions to play on next season and started informal talks with the club for a 2023 contract.