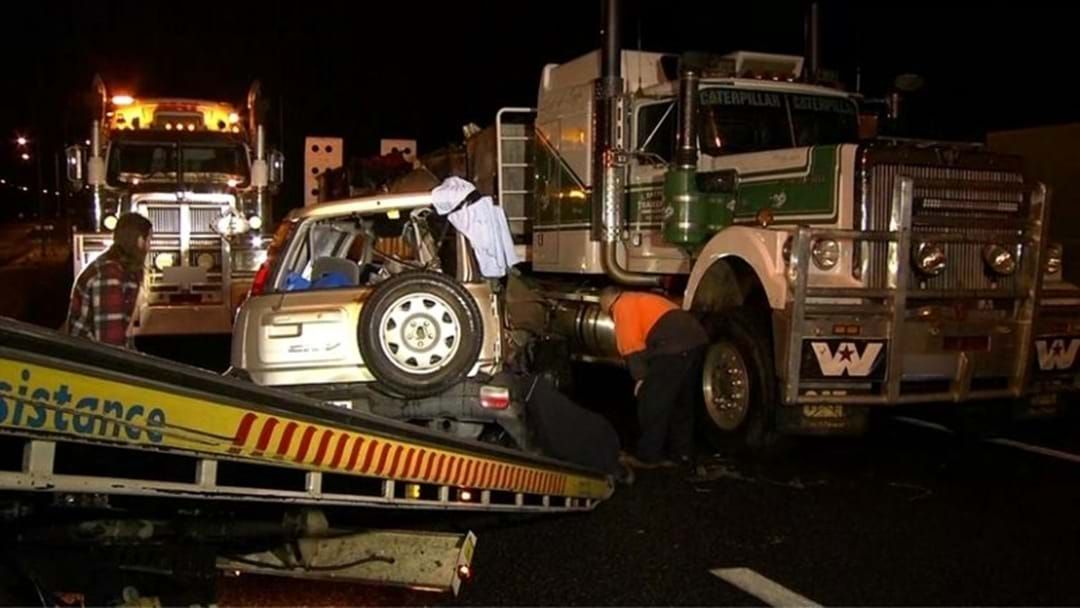 Four people have died during a shock crash just south-west of Brisbane on Wednesday afternoon.

According to police, a semi-trailer was driving north along the New England Highway when it collided with a Honda CRV at the intersection of Granite Belt Drive.

Police arrived at the scene of the collision at around 5:35PM where they found the four female occupants of the Honda dead.

The truck driver was unharmed but was transported to a nearby hospital to be treated for shock.

Drug and alcohol tests were performed on the truck driver, both tests returning a negative result.

Police are still working to determine the identity of the four women but believe they are all foreign nationals.

Queensland Police Senior Sergeant Gerard Brady said the tragic incident is a “reminder” to stay alert on Queensland roads over the long weekend.

“In the lead up to Easter, this is a tragic event and just a timely reminder to everyone to drive to the conditions,” he said.

“Please stay aware of what you are doing.”

Police are asking anyone with dashcam footage of the incident to contact police as soon as possible.