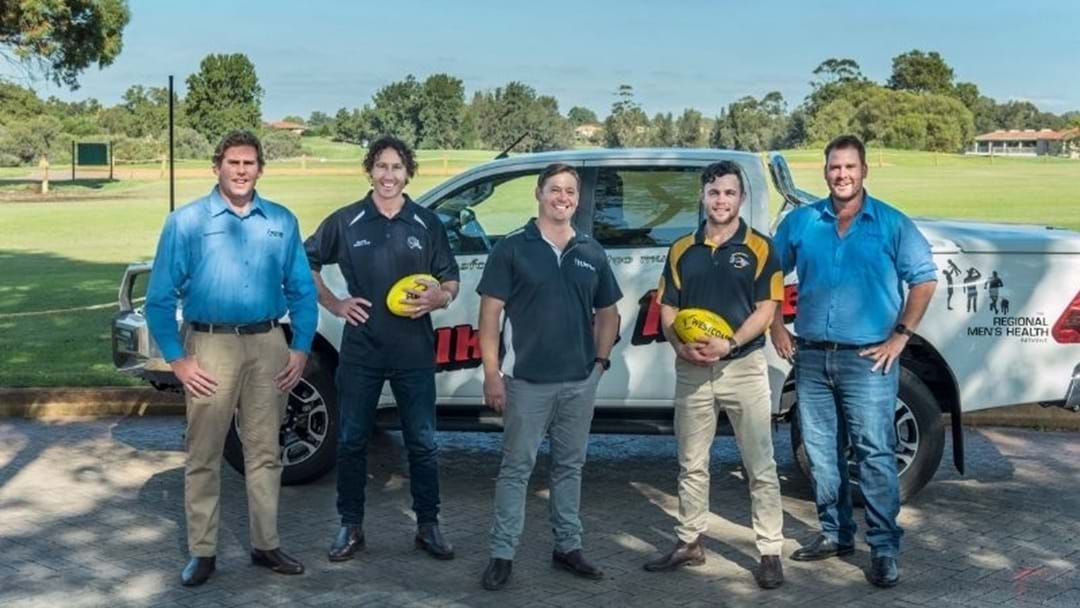 Former AFL duo are preparing to do battle at a local football match this weekend, as part of the Mate Men's Wellbeing Initiative for Western Australia's country league.

Ballantyne said the aim is to raise awareness during men's mental health week, hoping to "get a bit of notoriety to the game and get the word out."

"Suicide rates and depression rates in that area are quite high," Ballantyne said.

"To go have a kick of the footy, it's not too hard for me and Pridda."

The match will be played on Saturday 19th June, at Williams Town Oval.

Priddis will don the blue and white hoops, in one of the most anticipated matches of the season for the WA Country Football League (WACFL).

Under the umbrella of men's health, both players will help promote the damning statistics Australia faces within that space.

Terry Melrose, senior educator with The Regional Men's Health Initiative, said the figures were growing in rural and regional areas.

"Country people also have a huge capacity to cope with season variability and unknowns, but fires, floods, the pandemic effect and other adversity can be like a dam wall issue - and blokes have a propensity to self-medicate," Melrose said.

The Regional Men's Health Initiative has worked with the WACFL to establish a 'Talk to a Mate Men's Wellbeing Round' - something that has become more prevalent in community livelihoods.

Both Ballantyne and Priddis grew up playing football together or against each other in the WAFL or AFL, and they've collected Sandover medals on their journey. Making this a must-watch contest!

"If I'm playing on Matty Priddis, he's pretty slow, so I won't have to get out of third gear," Ballantyne said.

"If I'm playing forward, I might have to go up into the midfield and annoy him.

"The problem is he's just too nice of a guy to get stuck into!"

Priddis has returned to local football showcasing for various sides since retirement, after amassing 240 games across his illustrious career with the Eagles.

- For further information on The Regional Men's Health Initiative education and awareness program, visit www.regionalmenshealth.com.au or call at 9690 2277

- If you or anyone you know are going through mental health battles, visit www.beyondblue.org.au or call the hotline at 1300 22 4636