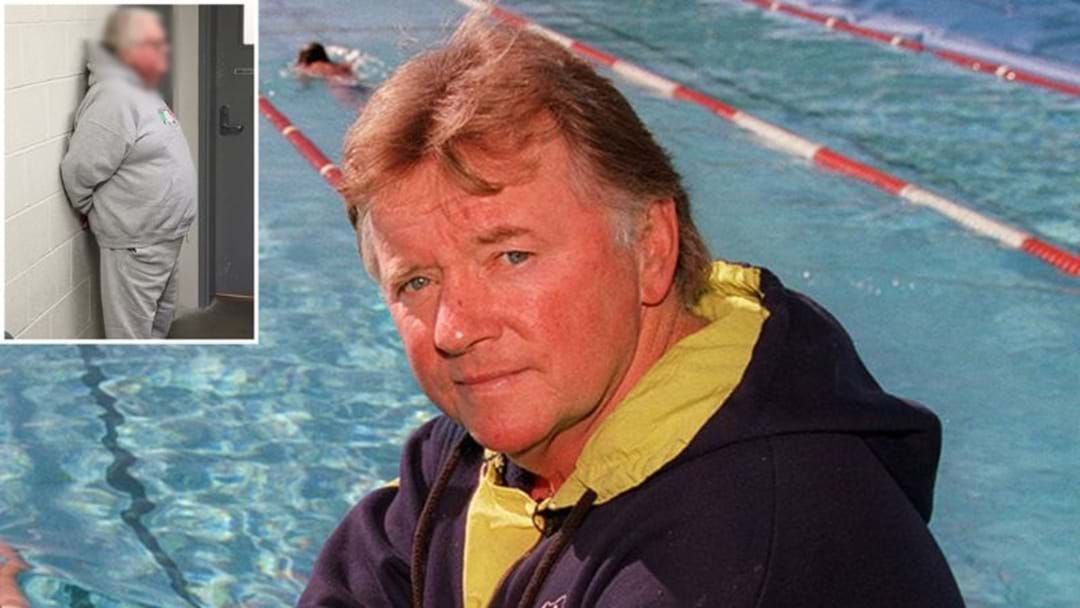 Caine is facing historical sexual abuse charges over the alleged assault of two teenage girls while he was coaching at Carss Park swim school.

Police arrested the 76-year-old at around 7AM this morning at his home in Condell Park in south-west Sydney.

Police then charged the 76-year-old with nine offences relating to the abuse of two teenagers back in the 1970s.

The charges include six counts of carnal knowledge by a teacher of a girl aged 10-17 and three counts of indecent assault.

Police first became aware of the alleged abuse when one of the women came forward in January of 2021 to report to police that she had allegedly been abused by Caine while he was her swimming coach in the 70s.

The second girl was also being coached by Caine at Carss Park swim school.

Acting Superintendent Chris Nicholson told 9NEWS that the alleged abuse happened at several different locations across Sydney when the girls were aged 16 and 17.

"I want to stress that these allegations are very serious but the investigation is ongoing," he said.

Nicholson thanked the victims for coming forward and took the opportunity to ask other survivors to report their abuse to police.

"What today should show is that whether the NSW Police Force receives an allegation of sexual violence that occurred yesterday, or last week, or last year or 50 years ago, that we will investigate all matters that come to our attention with our full potential and we will wrap our full support around victim-survivors as they tell their story,” he said.

Caine has been denied bail and is expected to face court today.