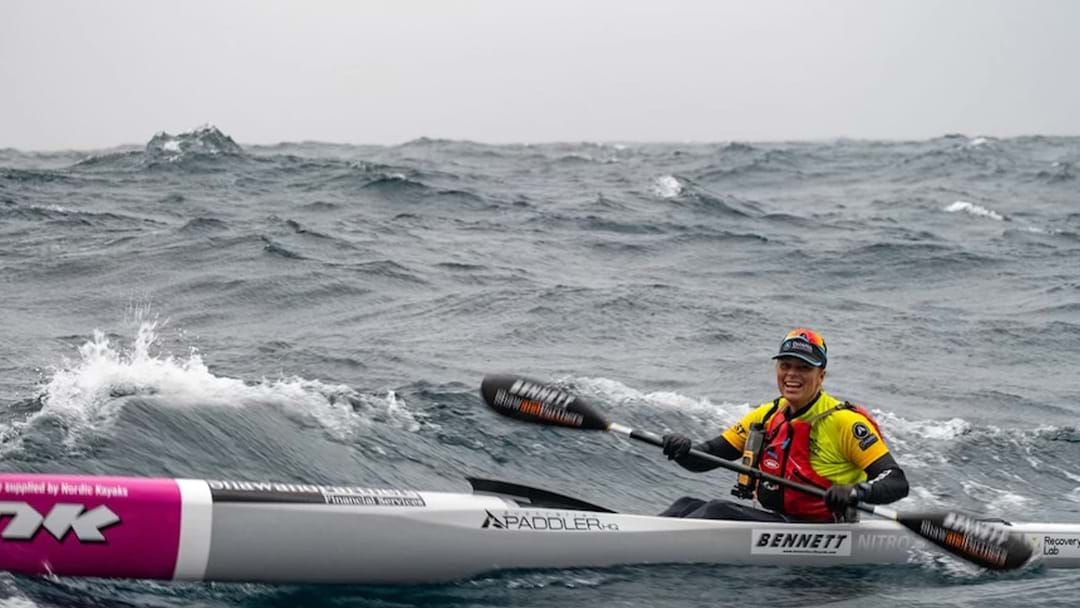 A former ironwoman from Gold Coast has detailed her story of an unexpected visitor when paddling at Shark Bay off the coast of Western Australia.

While attempting a stunning record-break of travelling around Australia on a surf ski, Bonnie Hancock believes she encountered a terrifying great white shark.

"I was about 100 metres behind our sail boat and one of my crew quickly gestured for me to catch up," Hancock said.

In conversation during her rest day at Carnarvon, the paddler said it occured as she was leaving the Gascoyne region.

"I was about 100 metres behind our sail boat and one of my crew quickly gestured for me to catch up," she said.

"He said what looked like a great white actually came up right next to my ski, showed its fin, and went back down.

"He said it was a big dark shadow probably around 4 metres long."

Hancock described feeling "shaken" as she was warned by her support crew the moment it happened.

"It was a feeling where you are a little bit shaken, especially because you don't see it," she said.

"Being over here in Western Australia, it is something in the back of your mind all of the time."

The former ironwoman pro began her expenditure on December 19 from the Gold Coast, paddling over 6,000 kms clockwise around the country.

Hancock aims to complete the course of 16,000 kms in seven months, which would break the current women's record of just under 11 months.