It's sweeter than chocolate! 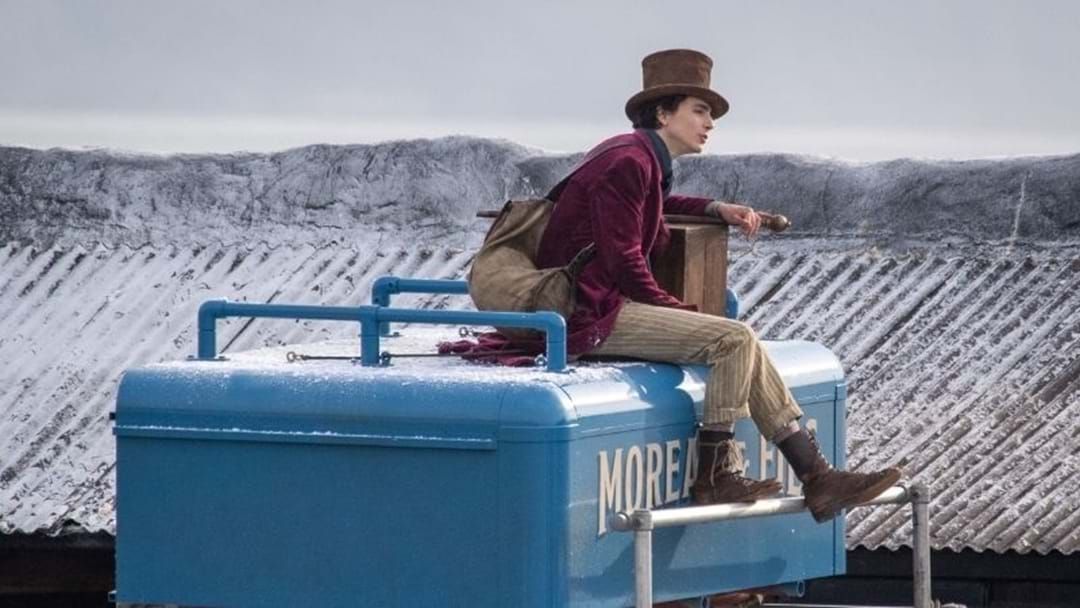 Timothée Chalamet fans, take a deep breath and prepare yourselves because we just caught a glimpse of the man himself, belting out a musical number on the set of the upcoming Willy Wonka musical and we are simply melting over it.

A keen fan has caught a snippet of Timothée donned in his unmistakable Willy Wonka costume, aboard a miscellaneous vehicle of some sort, singing his sweet little lungs out.

In case you have no idea what we are talking about, Timothée Chalamet has taken on the coveted role of one of our favourite Roald Dahl characters, Willy Wonka.

This film will apparently follow Willy’s life leading up to and including the creation of the famous chocolate factory, along with when and how he met his Oompa Loompa friends.

The clip itself isn’t exactly amazing quality but we know the finished product is going to be a cinematic masterpiece.

Breathe in and breathe out, because here it is…

This isn’t the first siting we’ve had of Timothée as Wonka, with other fans managing to snap pictures of the actor during filming.

From what we can hear in the clip, Willy sings “ I can’t wait to show the world my recipes” which leads us to believe the film will take a slightly different approach to that of Dahl’s original story which sees Wonka steal the recipes from the Oompa Loompas before putting them to work in his factory.

So far, what we see is simply delightful and we cannot wait to see the finished product. Watch this space for more updates!

Tune into the latest in Hit Entertainment below...