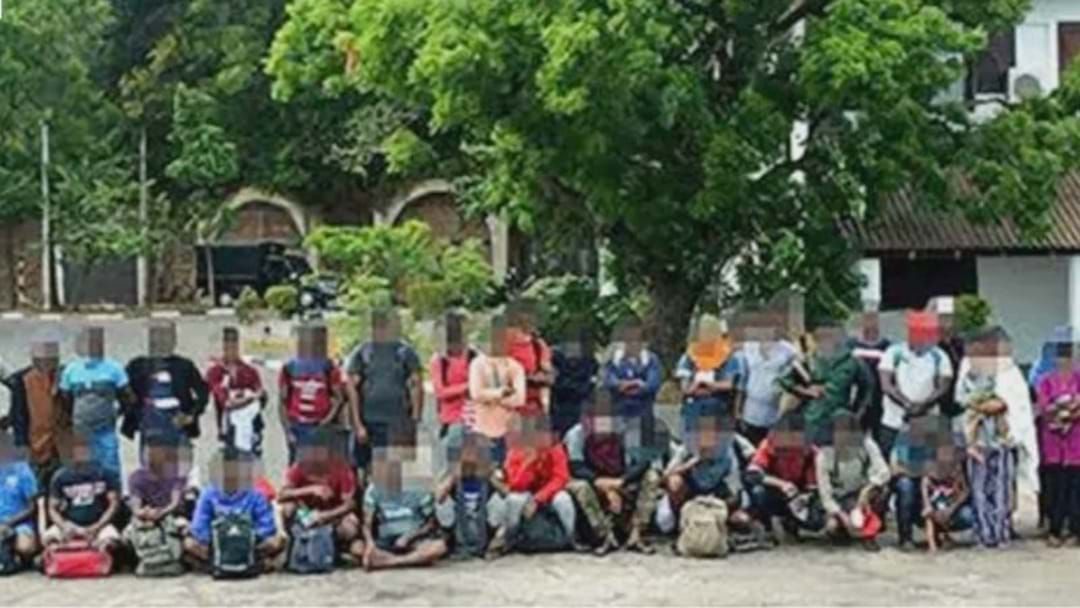 A fishing trawler carrying 64 asylum seekers has been intercepted by the Sri Lankan navy on Wednesday morning.

The trawler, which was intercepted just off the east-coast of Trincomalee, was attempting to reach Australia.

The latest bust has brought the total number of asylum seekers intercepted by Sri Lankan authorities to 350 over the past few weeks.

The Sri Lankan navy said in a statement that asylum seekers were attempting to travel on long sea voyages to Australia using “ruinous fishing vessels” and putting themselves in imminent danger.

"A special operation mounted by Sri Lanka navy in the eastern seas this morning (June 15) led to the apprehension of 64 persons who were suspected to be attempting to illegally migrate from the country via sea routes,” they said.

“Among the apprehended individuals were 50 males, including seven persons involved in this racket, 11 females and three children. The suspects held in this naval patrol are residents of Trincomalee, Mullaitivu and Jaffna. They will be handed over to the Trincomalee Harbour Police for onward legal proceedings.

“The navy urges the public to avoid being convicted before the law by being caught in the trap of smugglers who persuade the innocent to engage in illegal and perilous sea voyages to migrate from the island.”

The latest interception comes as the region battles an ongoing economic crisis with the government unable to afford the importation of critical medication, food and fuel.

The economic fallout comes as a result of the government’s mishandling of the Covid pandemic.

While a new Prime Minister has been elected to assist in rescuing the country from deepening debt, Prime Minister Ranil Wickremesinghe has revealed the supply shortage is likely to remain for a number of months.