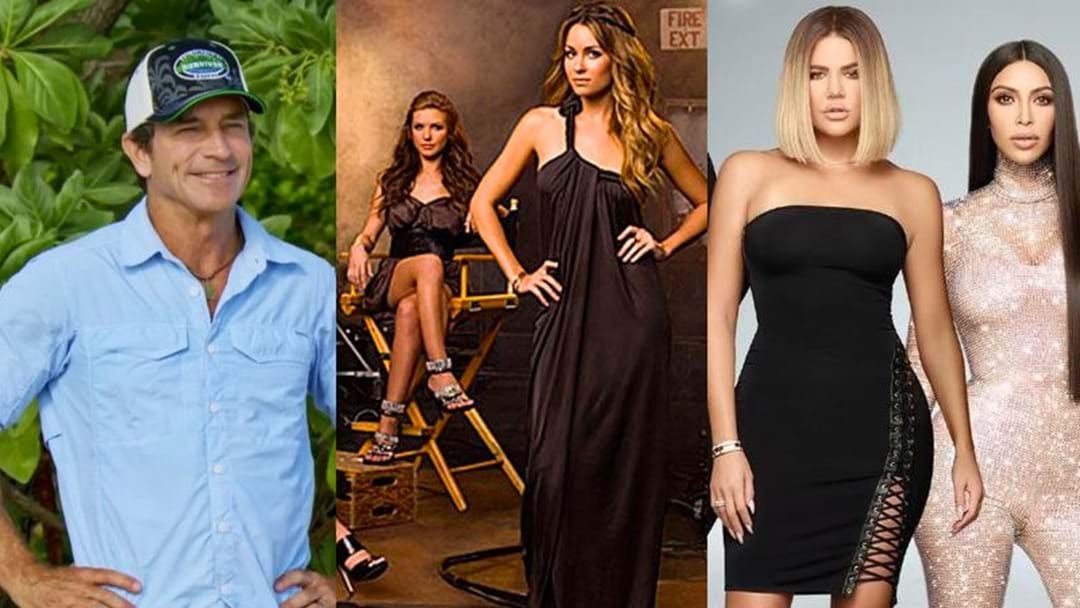 If you feel like you've exhausted all the regular streaming options, fear not! There is a whole world of reality TV out there.

Here are fifteen reality shows you can easily stream in Australia.

What: The ultimate reality show, with contestants dropped onto an island or other wild location where they spend their time outwitting, outplaying and outlasting. Now is the time to catch up.
Where: All back seasons of US Survivor are available on 10 All Access while all episodes of Ten's Australian Survivor are on Ten Play. If you were wanting to watch the original 2002 season of Australian Survivor, you can find it on YouTube. If you wanted to watch Australian Celebrity Survivor, you're probably out of luck.

Keeping Up With The Kardashians

What: There's something insanely watchable about Kim Kardashian and her sisters. If you start right at the beginning, you'll see that although yes they had some money and were sort of well known, they definitely weren't the superstars they are today.
Where: You can stream all seasons on Hayu.

What: Australia's favourite cooking show is coming back very soon, and it will be filled with returning contestants. Catch up on their back stories by streaming all the past seasons.
Where: Check it out on Ten Play.

What: See RuPaul's queens strutting their stuff on their quest for success.
Where: Watch on Stan.

What: A bunch of attractive singles locked in a villa together, trying to force themselves to fall in love with each other.
Where: Stream both the Australian and UK shows on 9Now.

What:  Lauren Conrad and friends, taking on the town of Los Angeles. You'll be screaming "You know what you did" for hours.
Where: Check it out on Stan.

What: All your favourite ladies, all the time. Every city imaginable, filled with drama, big hair and lots of fake tan. Plus once you add in the spin-offs, you'll be set for your entire isolation period.
Where: Watch all your gals on Hayu.

What: Your favourite renovation show, which has sadly paused production on the current season. But you can catch up on the old ones!
Where: All seasons are on 9Now.

What: Plastic surgery disasters, fixed.
Where: Check it out on 9Now.

What: People walking down the aisle to marry people they've never met, followed by months of drama and scandals.
Where: 9Now has the Australian, American and New Zealand versions of the show.

What: Netflix gets on the reality TV bandwagon by making people fall in love via separate isolation chambers. It's like they predicted this pandemic.
Where: Netflix.

What: With the devastating news that production on The Bachelor has been postponed, and with Bachelor In Paradise now pushed back to later in the year, you're going to need some roses in your life.
Where: Watch all Australian iterations of Bachelor nation on Ten Play.

What: A bunch of guidos partying it up in various locations across the globe. You'll be surprised by how comparatively innocent the first few episodes are.
Where: MTV's website.

What: Do you remember this random Australian reality show, which featured three groups of people who seemed to be on completely different shows and had nothing to do with each other? You must watch it.
Where: It's on Ten Play.

What: Paris and Nicole realising how the rest of the world lives. They kept filming this show even when they hated each other!
Where: It's available on Hayu.