On the fourth day of their protest. 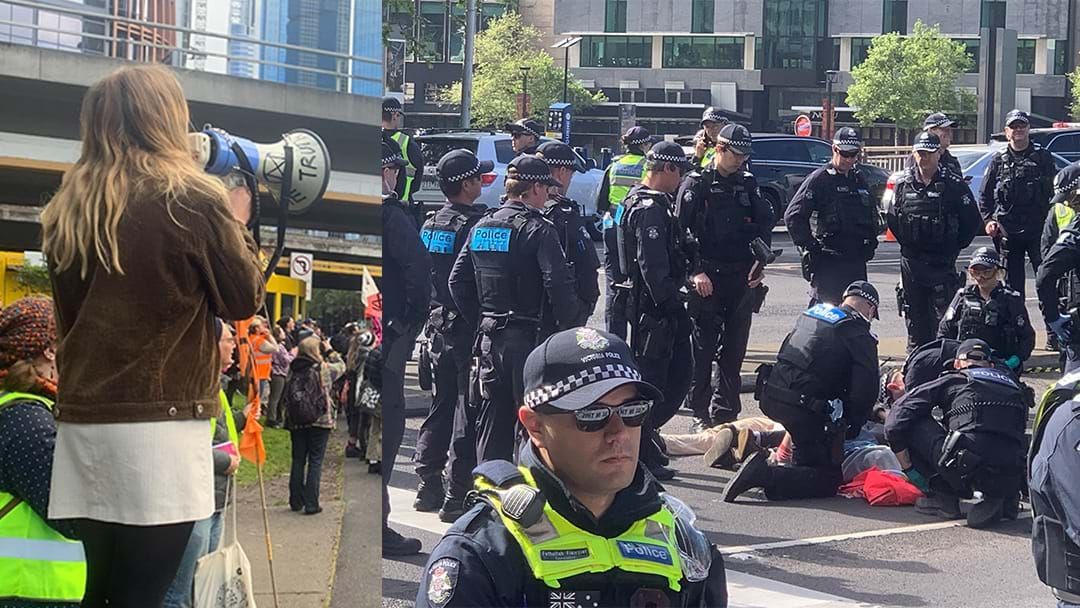 Thursday may have been the worst day for Melburnians who travel through the city after Extinction Rebellion pulled the brakes, causing commuter chaos and many late arrivals to work.

Perhaps the most affected area was the cross section between Spencer and Collins Streets, where a group of activists chained themselves together and covered their arms with poles so the police could not cut through.

Another group congregated on Kings Bridge and glued themselves to the tarmac. Other protesters looked on, singing and chanting in support for their comrades who left the scene in a police van.

This is the fourth day of the week-long Melbourne Spring Rebellion event which has seen disruptions and arrests across the city. Protesters have camped out in Carlton Gardens and have a number of demands, including that the Australian Government declare a climate change emergency.

Tomorrow’s activities are not clear, but Extinction Rebellion have made it public that they will hold a ‘dress rehearsal’ for their blockade plans at the International Mining and Resources Conference. This will happen at 171 Collins Street from 7:30am-12pm.