Now this will bring the city to a halt! 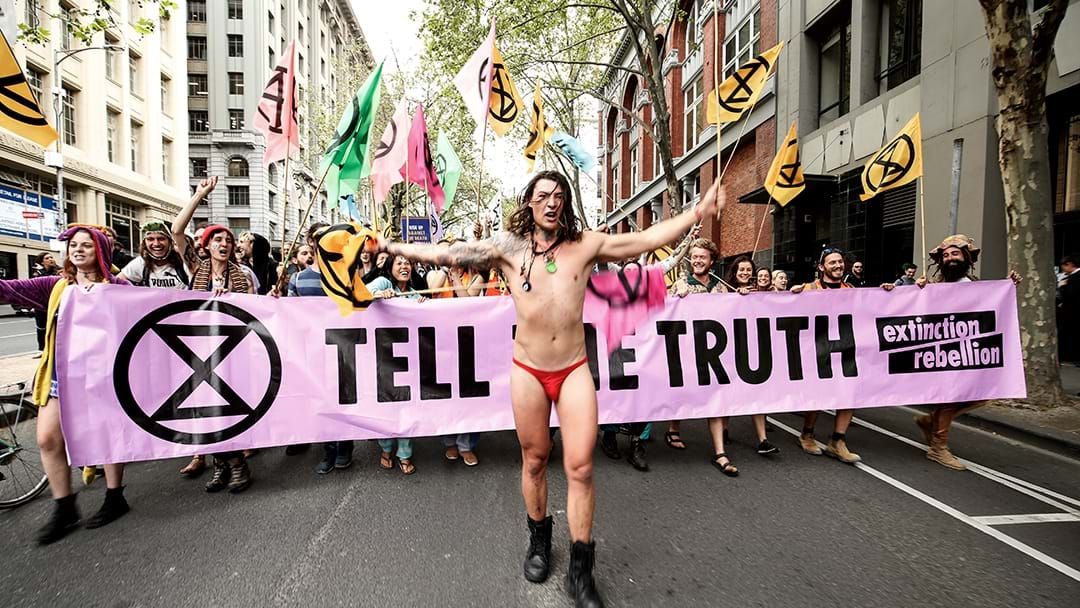 You would have to be at home and offline all week to have not heard about Execution Rebellion, an activist group protesting for action on climate change. They've certainly achieved their goal of disrupting the CBD and spark conversations.

Protesters have been gluing their hands to roads, laid in the middle of major intersections, camped in Carlton Gardens and even locked themselves into cars. Quite interesting methods in a bid to get their point across.

There have been many events held as part of the Spring Rebellion activity, although Saturday’s plans may be the most interesting. Melbourne, we’re getting a nude march.

The group have publicly announced that they plan to meet at Carlton Gardens from 10am, strip off, get body painted and then take to the streets. According to a Facebook post, they will march down Exhibition Street, go through Bourke Street Mall, wrap around to Melbourne Central before heading back to Carlton Gardens.

Execution Rebellion are also planning to cause further disruptions from 3pm today, with their week-long protest is due to end on October 14th.

Get updates on The Fox app – App Store | Google Play