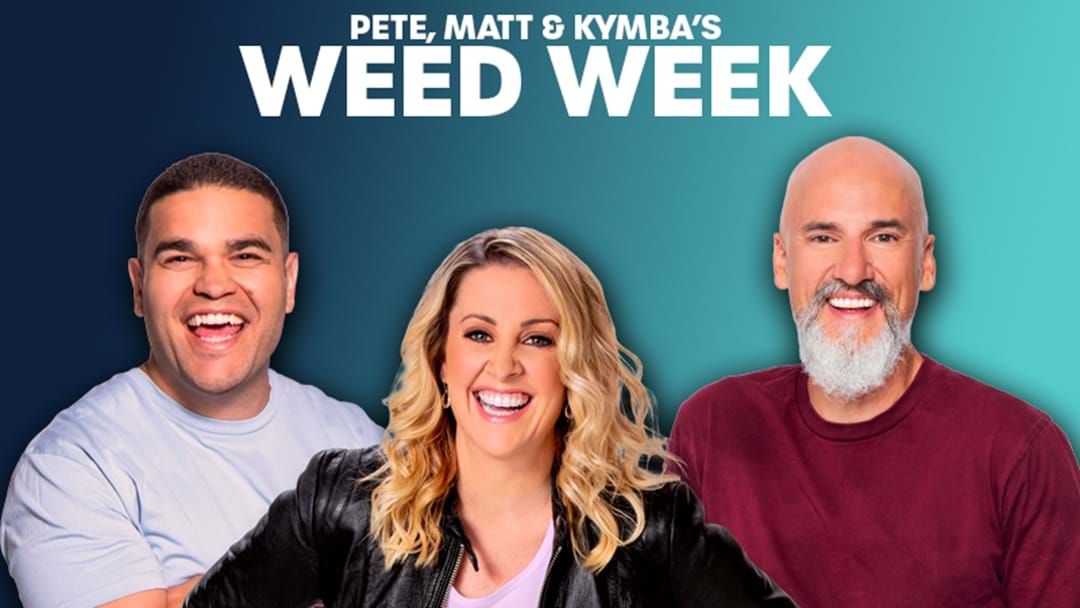 Pete, Matt and Kymba have just come off a week where they explored both the health benefits and potential dangers of medicinal cannabis. They called it Weed Week and it's basically what you’ll find on the tin.

Below, we've featured all the chats, and they're there for anyone to listen to both sides of the debate.

Jess from Busselton shares her story on treating her son's epilepsy.

Director of Medical Cannabis Research Australia, Jason Jordan, explains how he turned to a different path to treat his Multiple Sclerosis.

We chat with Fleta Solomon from Little Green Pharma.

Dr Stuart Reece shares his thoughts on the subject, based on a career studying what he calls, "a 21st century snake oil campaign."

Dr Matty Moore explains his passionate advocacy for medicinal cannabis and his role as an experienced, authorised prescriber.

Dr Jansen reveals how one goes about getting a prescription for a variety of conditions.

WEED WEEK: Dr Andrew Miller: The Other Side Of The Coin

Dr Andrew Miller speaks on behalf of the AMA, and their thoughts on the use of this controversial treatment option.