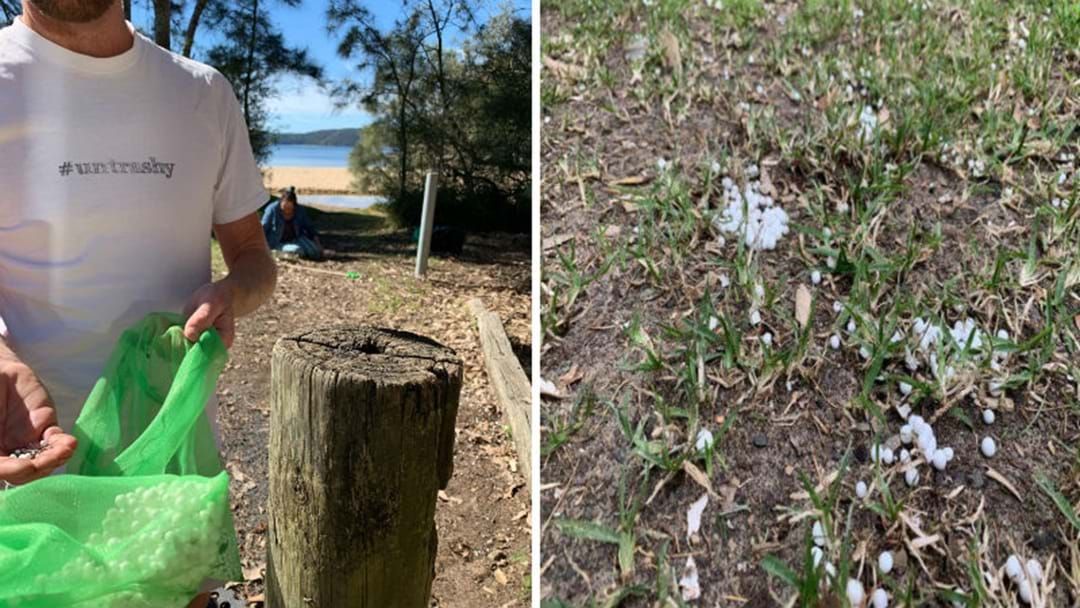 A dumped bean bag on the Central Coast is causing serious concerns about the impact it could have on our wildlife.

A builder found the rat-eaten bean bag near a construction site before noticing thousands of polystyrene balls had spread across the street to Pearl Beach.

Workers tried to vacuum them up before they were swallowed up by wildlife, but unfortunately the task was almost impossible.

A Facebook page, URGENT BEAN BAG BEACH CLEAN-UP, has since been made with Coasties cleaning up at the beach today.

Larissa Johnston from Australian Seabird Rescue Central Coast says they could have devastating impacts on marine life if they're consumed, including blocking digestion and airways.

Listen to her response below: