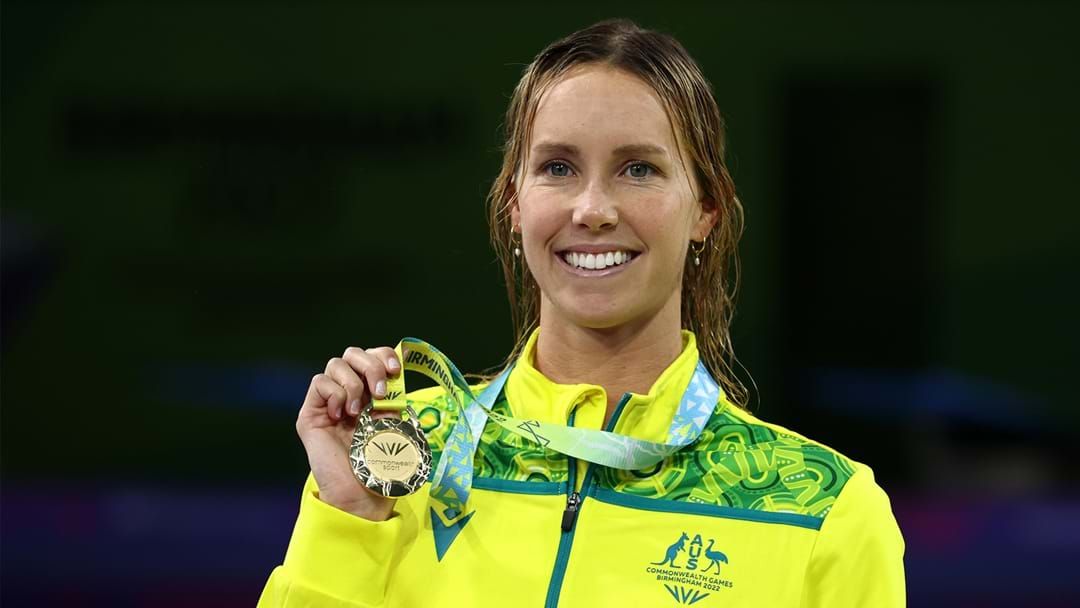 Australia’s swimming champion Emma McKeon has won her 11th Commonwealth Games gold medal – making herself the most successful athlete at the games.

McKeon secured the record after winning the women’s 50-metre freestyle, outswimming teammates Meg Harris (silver) and Shayna Jack (bronze) in another Aussie clean-sweep at the podium.

“It’s really nice to be mentioned alongside some of those names and I will be part of that history for years to come, hopefully,” McKeon said.

“They’re the ones who inspired me when I was young. I remember watching them on TV and that lit the fire in me to be where I am now.

“It is special. It makes me reflect on the last eight years since my first Commonwealth Games.

“I can see how far I’ve come as a person and an athlete.”

McKeon could add to her medal tally, also qualifying with the fastest time this morning for the 50-metre butterfly final.

Tonight, McKeon will compete in heat eight of the women’s 100 metre freestyle heats which kick-off from 7.51pm.

In other record-breaking news at the pools, Ariarne Titmus clocked the fastest-ever women’s 200-metre freestyle split to anchor the Australian relay team of Madi Wilson, Kiah Melverton and Mollie O’Callaghan to gold.

The quartet clocked a world-record time of seven minutes and 39.29 seconds to better the time of 7:40.33 set by China at the Tokyo Olympics.

Australia well and truly sits as leaders of Birmingham 2022, with 52 medals after day three.

The Aussies athletes have secured 22 gold, 13 silver and 17 bronze medals, and are 11 gold clear of the host nation which sits second with 34 medals in total.