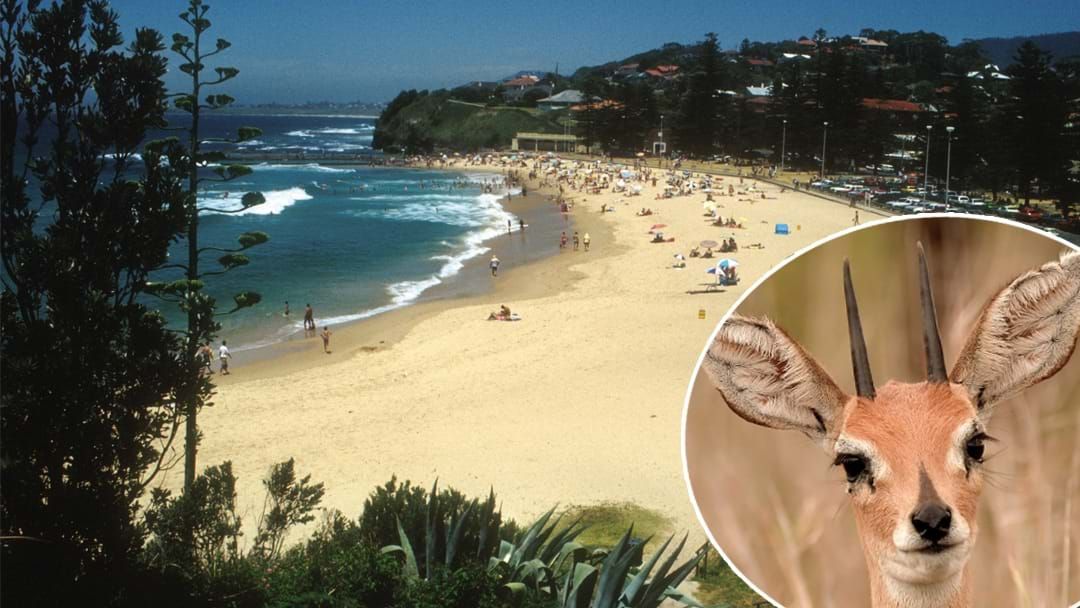 Today has resulted with a bizarre rescue operation at North Wollongong Beach.

Two deer sadly got a little bit lost on their morning walk and became stuck on rocks south of Sydney this morning.

Thankfully, Council lifeguards were quickly alerted to the animals after they were spotted running up the dog beach near Fairy Meadow around 9am.

It's believed that the deep then decided to go for a little swim and went into the waves and actually swam about two kilometres to North Wollongong Beach.

They handled the surf pretty well until they made it to some rocks where they struggled to get their balance, thankfully lifeguards used jetskis to try and get the deers to safety, but the rescue was soon called off when they made their way out of the choppy water.

Definitely not something that happens every day.