Not prepared for extreme conditions 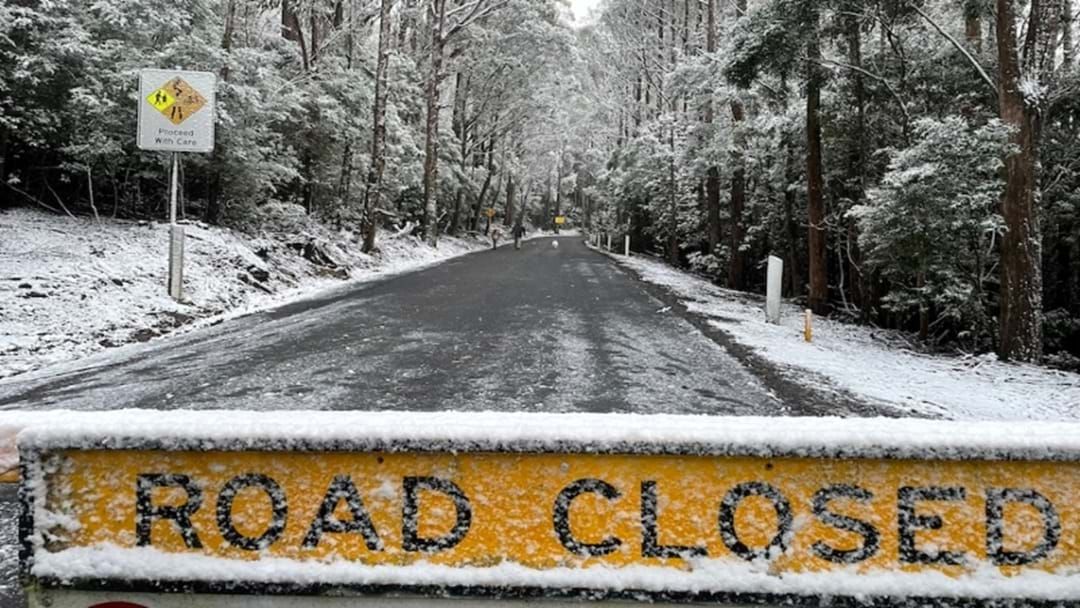 Tasmania has been lashed with wild weather, snowfall and damaging winds.

The latest event has rescue crews heading to Kunanyi/Mt Wellington after a call came through from a hiker in distress.

“I understand they’re in the vicinity of the summit,” Assistant Commissioner Bodnar said.

“They’ve been caught short in the blustery and wintry conditions up there, and now we’ve got search parties going in to find this particular lady.

“I understand she’s made contact with us by mobile phone,” he said.

“Again, there’s another timely example of people getting out of the environment, perhaps not being as prepared as what they ought to be".

It follows two separate rescues yesterday, including two people who became lost on the Zig Zag track about 7.30pm in blizzard conditions on Kunanyi/Mt Wellington.

Earlier rescue crews found a group of six people who had taken shelter from the wild conditions in a toilet block on the summit about 12.30pm.

"A group of four became exposed to high winds and heavy snow at the Pinnacle,” police said in a statement.

“This group sought aid from another group of two and took refuge in the toilet block calling police for assistance. Police, ambulance, and Wellington Park rangers walked through extreme winds and blizzard conditions to reach the group.

"All people involved started with the best intentions, but ultimately, some were not prepared for the extreme and variable conditions of the mountain," he said.

"The pair lost at night on the mountain did not find shelter and would almost certainly have perished if it wasn't for the tenacity of the rescuers. They were very lucky.

In a separate incident a woman died after being struck by a falling tree.

Tasmania Police and emergency services attended a private property about 5pm in Beulah after two people were struck by a falling tree and trapped beneath.

Tragically, the 54-year-old woman did not survive her injuries.

While a 54-year-old man was taken to the Launceston General Hospital, where he remains in a serious but not life-threatening condition.