Music NewsEd Sheeran To Release His Very Own Line Of Sauce!

Ed Sheeran To Release His Very Own Line Of Sauce! 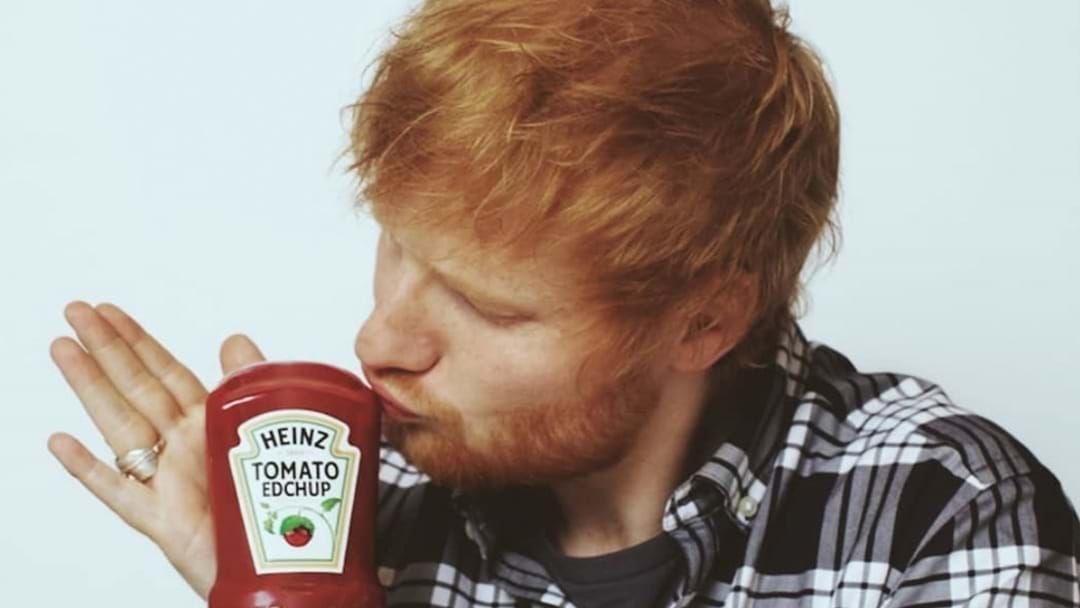 He's on top of the world at the moment and just one thing could make life sweeter for Ed Sheeran, his own line of sauce... or 'Ed-chup' as it's fondly going to be called.

Ed took to Instagram to present his new partnership with Heinz to release his own ketchup and it's gonna be SAUCY!

Heinz Ketchup is special to Ed, he always travels with a bottle no matter where he goes AND he has the logo tattooed on his arm!

There's not a chance we'll see it in Australia though, Ed’s favourite three takeaways in his home town of Framlingham will get the first batch of new edition bottles.

There's only going to be 150 bottles made! An OUTRAGE!

Would you pay a fortune if it ends up on eBay?