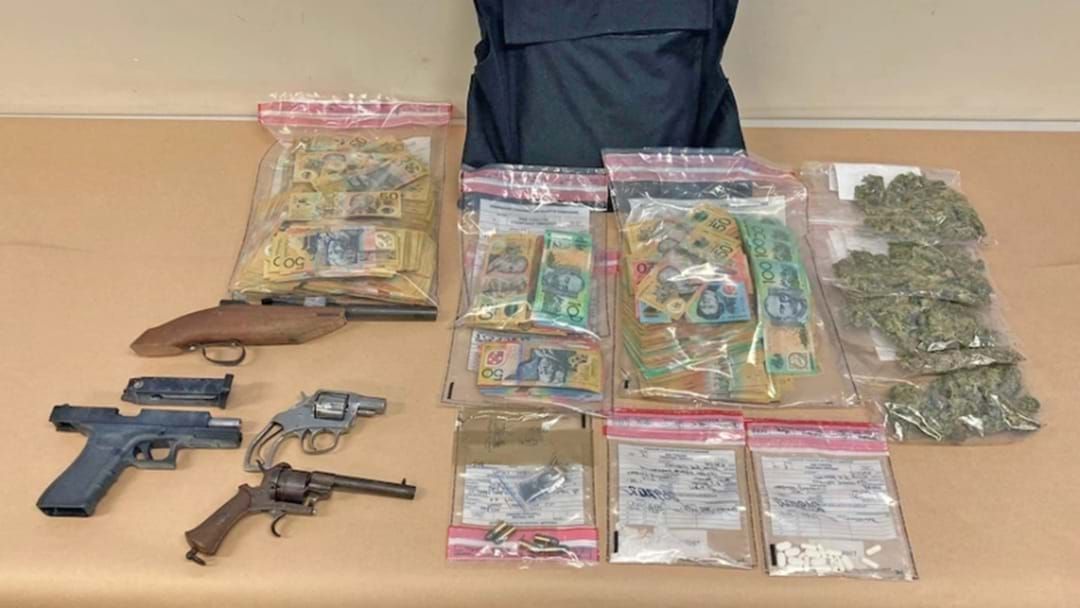 A major operation in the state's north has seen 20 people charged and $143,000 cash, firearms and drugs seized.

The Australian Federal Police and Tasmania Police established Operation Coat during late August in a bid to crack down on Launceston Criminal networks.

The 5-week sting resulted in 15 searches, with four firearms seized, along with 40 grams of the drug ice and 91 ecstasy tablets.

"The criminal networks that we were really looking at this time, whilst they had connections to the outlaw motorcycle groups, it was groups that are more street gangs," Mr Higgins said.

"So, they're doing armed robberies, breaking into houses, trafficking in drugs, they're dealing in proceeds of crime, some of them have consorting notices.

"It's really a broad brush in targeting with the greatest impact to disrupt their activity so not just drugs alone or firearms but any criminal activity they're actually undertaking we targeted over that five-weeks," the acting deputy commissioner explained.

Tasmania Police says criminal gangs are not harmless clubs and they readily resort to violence and intimidation.