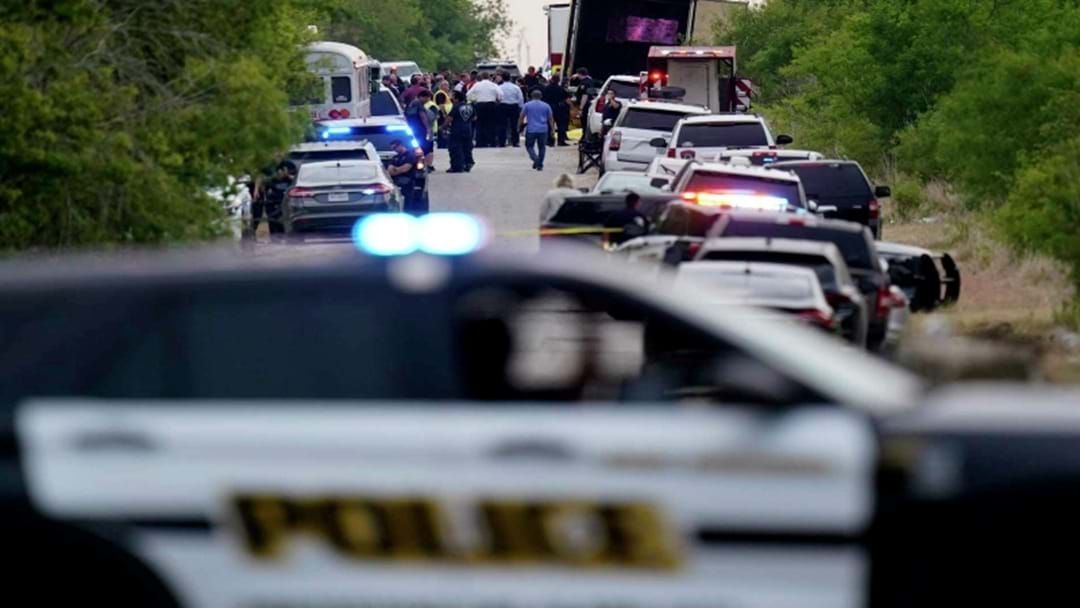 Three people are in custody following the grim discovery of 46 dead migrants inside the back of a truck near San Antonio, Texas.

Emergency services, including 60 fire fighters, 20 fire engines and 10 medical units were called the horrific scene about 6pm on Monday (local time) after a city worker claimed he found bodies inside a truck trailer parked next to railroad tracks in southwest San Antonio, officials said.

The worker told authorities he was alerted to the tragic discovery after hearing "cries for help".

In a news conference, San Antonio's fire chief, Charles Hood, said that the truck was refrigerated but there was no water or working air conditioning.

"We are not supposed to open up a truck and see stacks of bodies. Nobody comes to work for that," he said.

Chief Hood confirmed there were 16 survivors, including 12 adults and four children who were taken to surrounding hospitals in San Antonio in "varying conditions".

Suffering from heat stroke and exhaustion due to the searing summer heat wave, Hood said survivors were hot to the touch.

No children are among the dead, officials confirmed.

Authorities believe the migrants crossed over the border illegally from Mexico.

San Antonio Police Chief William McManus revealed three people were in custody but said it was only "preliminary" information at this stage.

He confirmed a federal investigation has been launched with Humane Security Investigations (HSI) and the San Antonio Police Department to investigate the suspected human trafficking incident.