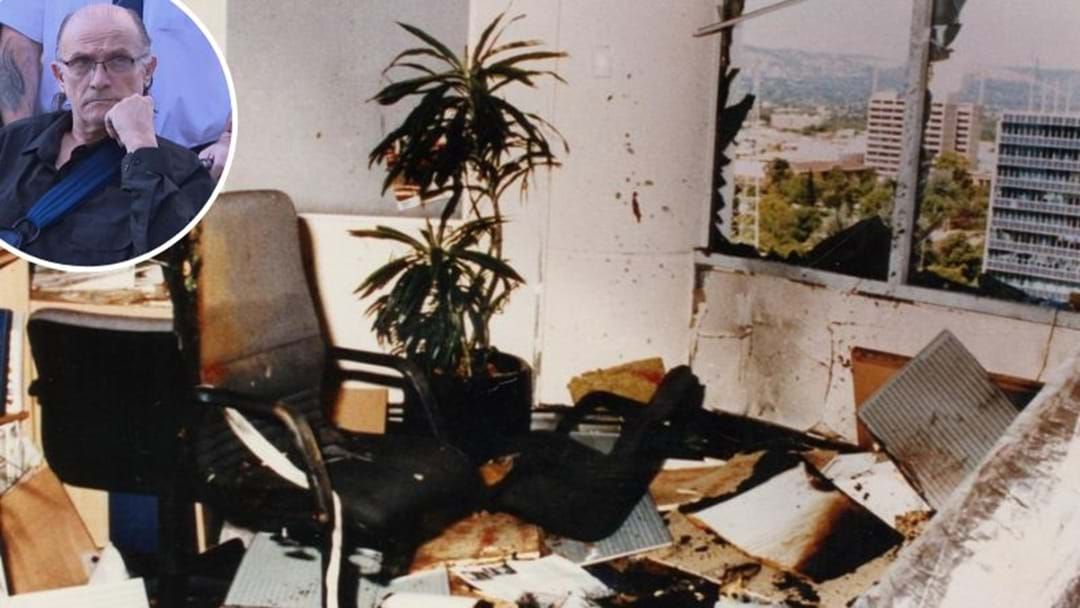 Perre has been found guilty of murder and attempted murder over the 1994 bombing in Adelaide’s CBD that seriously injured lawyer Peter Wallis and killed Detective Sergeant Bowen.

Detective Sergeant Bowen suffered fatal injuries as a result of the bombing while lawyer Peter Wallis endured severe burns to 35 percent of his body and lost one of his eyes.

Unfortunately, Peter Wallis passed away from a stroke in late 2018 beofe seeing Perre brought to justice.

The suspected revenge killing occurred after Perre sent a parcel bomb to the office of Detective Sergeant Bowen on Waymouth Street in the middle of the day in March of 1994.

Police believe the bombing was in retaliation to the investigation into the Perre family’s drug trafficking business, led by Detective Sergeant Bowen.

Police were quick to apprehend Perre as a suspect but due to a lack of evidence, the charges were dropped only six months after the bombing occurred.

Following an investigation that stretched out over 20 years, Perre was officially charged with the murder in 2018.

Over the course of a seven-month trial, the prosecution presented circumstantial evidence linking Perre to the crime.

The court heard that Perre had the knowledge and equipment required to construct the parcel bomb and had previously experimented with high explosives.

The court also heard that Perre had a vendetta against Detective Sergeant Bowen and had voiced his intention to harm someone using a “postpak”.

Judge Nicholson said Perre was “motivated to cause harm to the NCA and to Geoffrey Bowen specifically, and had taken the steps after the NCA bombing to clean and remove shed items at a level of obsession strongly indicative of a fear that inculpatory chemical residue… might still be available to the police”.

Judge Nicholson said the information and circumstances provided to the court was enough to convict Perre.

These matters, considered as a whole, establish beyond reasonable doubt that Domenic Perre constructed and posted the NCA bomb and caused the death of Mr Bowen and the injuries to Mr Wallis,” he said.

“On this basis alone, I find Mr Perre responsible for the NCA bombing… Mr Perre’s responsibility is established beyond reasonable doubt.

“I am satisfied that Mr Perre’s responsibility, in fact, is the only rational conclusion that the circumstances established by the prosecution permit me to reach.”

The 65-year-old who is already in prison on other charges, will now face another 30 years behind bars.