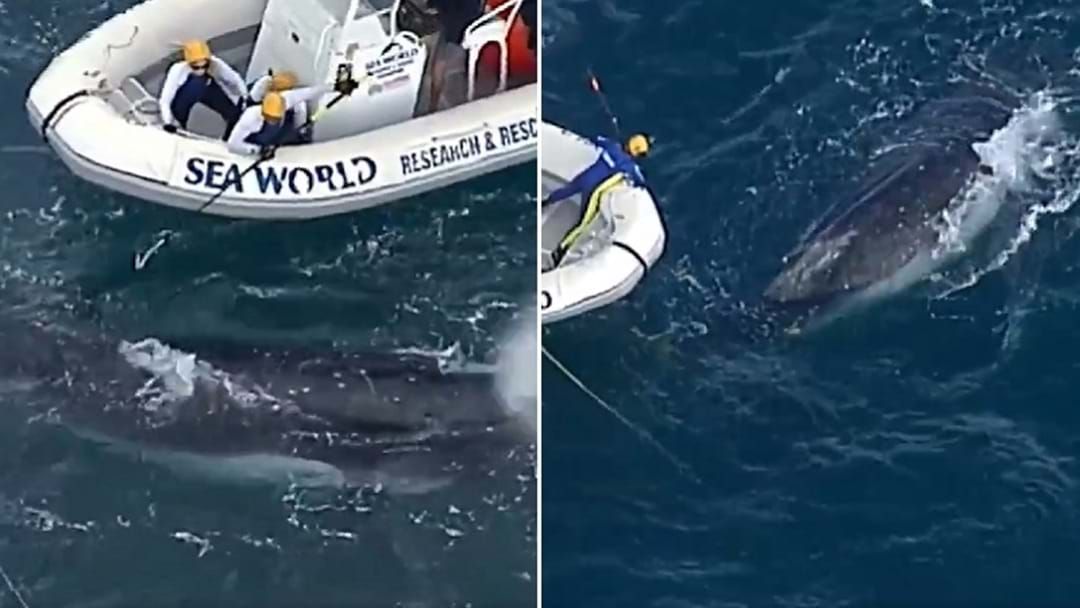 A humpback whale has been freed after becoming tangled in shark nets in Gold Coast waters.

The Fisheries Department and Sea World rescue crews were called to scene off the coast of Main Beach on Thursday morning with reports of a whale trapped in the nets.

The rescue effort was hampered by the heavy surf and weather conditions, as well as the distressed animal which was flapping its tail and rolling as it attempted to escape.

A crew from Sea World managed to cut through the netting around 11.45am, before the humpback dove under the surface and swam away.