Do you recognise this man? 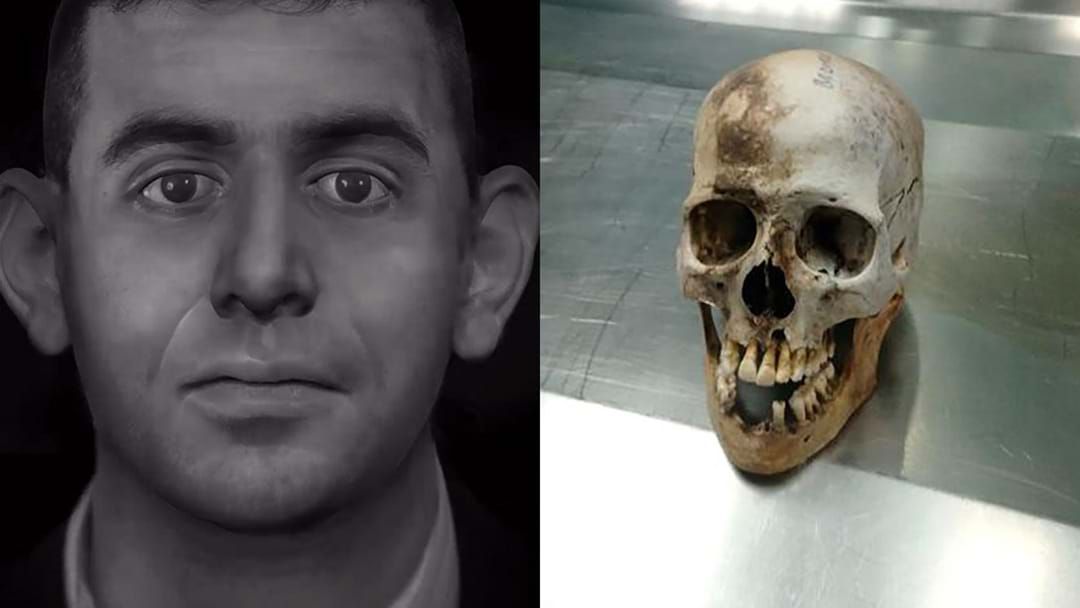 Detectives have this morning released a digital forensic facial reconstruction in an attempt to identify a man whose remains were found in a reserve on Meredith Crescent, St Helens Park in 2001.

NSW Police posted the following artist impressions to social media this morning, in hope that someone will recognise the man:

“About 10.30am on Sunday 27 May 2001, a group of local kids were playing in a reserve on Meredith Crescent, St Helens Park, when one of the boys noticed a skull partially buried in the ground. He took the skull home and showed it to his mum, who contacted police,” they wrote.

“Local police and specialist forensic officers conducted a search and excavation of the reserve over a number of days and located almost an entire skeleton.

“They also located a gold bracelet, a wrist watch, a cigar tin, a lighter, a belt buckle, a belt, men’s clothing and shoes, spent .22 calibre casings, as well as food tins and glass bottles.”

Despite anthropological analysis, various forensic examinations, and comparisons to missing persons cases from across the state, detectives were not able to identify the man at the time.

“As part of their inquiries, investigators sent bone samples to the University of Waikato’s Radiocarbon Dating Laboratory in New Zealand, which determined the man died between 1980 and 1985.

“Police have been working closely with forensic experts to conduct a range of DNA tests, including phenotyping, which involves using genetic sequencing to predict a person’s physical characteristics.

“Results of these advanced DNA tests suggest the man most likely had dark brown/black hair, brown eyes, and a mixed ancestry of South Asian and Middle Eastern, however, experts advised ancestry may not be reflected in physical appearance.

“Late last year, investigators engaged the Centre for Anatomy and Human Identification at the University of Dundee in Scotland to construct a digital forensic facial reconstruction.

"Investigators have released the artist’s impressions developed through the reconstruction, which depict what the man may have looked like and are appealing for assistance from the community to help identify him.

"Campbelltown City Crime Manager, Detective Chief Inspector Greg Inger, appealed to the community to look at the images to see if they recognise the man from their past.

“'The artist impressions give us a scientific estimation of what the man may have looked like and we believe this is our best chance to identify him and find his loved ones',” Det Ch Insp Inger said.

“We have made significant inquiries already, and while we’ve yet to find a match in our missing persons database, we know someone, somewhere, is waiting for answers.

“It’s also likely he may remind someone of a man they knew way back when – and if they’d lost contact in the early 1980s – that’s important information to us.”

“'Once we know who he is, we can start to establish more about his life, which opens up the investigation into the circumstances surrounding his death',” Det Ch Insp Inger said.

Strike Force Tavoy detectives urge anyone who has information about the identity of the man to come forward.

Check out the full report here.

Anyone with information that may assist Strike Force Tavoy investigators is urged to contact to Crime Stoppers: 1800 333 000 or https://nsw.crimestoppers.com.au. Information is treated in strict confidence. The public is reminded not to report crime via NSW Police social media pages.