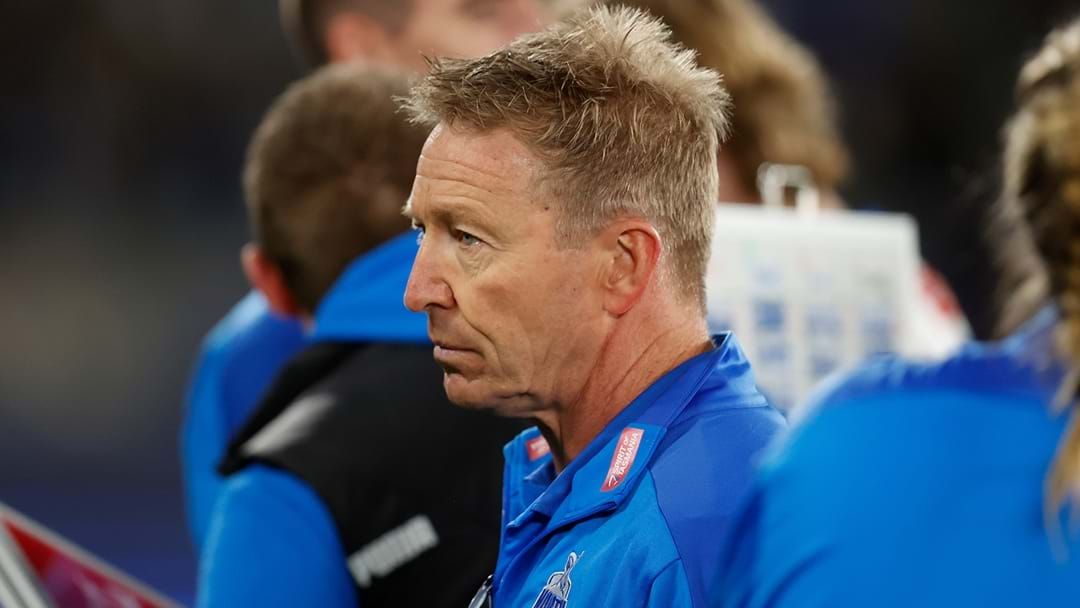 David Noble has stepped down as North Melbourne’s senior coach after just five wins in his 38 games at the helm.

The Kangaroos’ confirmed the news this morning, with Noble facing the media at 11am, with the decision coming after the club’s horrid 1-15 season.

The decision was reached after a series of meetings on Monday after North Melbourne’s seven-point loss to Collingwood at the weekend after leading from the start of the second quarter through to the 20th minute of the final term.

Noble said despite the challenges faced in his 20 months at the helm, he enjoyed every minute of being at the club.

“I took on this role because I saw an enormous challenge. I gave my absolute heart and soul to the to the job and I think I leave the place in a strong position for ongoing success in the not-too-distant future,” he said.

“It became apparent a few weeks ago that the club and I might have to have a serious conversation about the future and Sonja and I had a really mature conversation yesterday.

“The conversation was in reality just a continuation of those conversations we've been having through recent weeks and we both walked away comfortable that this was the right call for myself, my family, and the club going forward.

“I gave my all, I always worked in the best interest of the players staff and the football club but ultimately scoreboard doesn't make for great rating.”

North Melbourne President Sonja Hood said the club had expectations to challenge teams around the Roos’ on the ladder, but the club failed to meet those.

“While we appreciate that we are at the beginning of a rebuild, it doesn't give us a free pass in terms of expecting competitive performances,” she said.

“We entered this season optimistic about 2022 because of our record in the second half of 2021 and solid off-season recruiting, add to that the off-field appointments including those in our medical and strength and conditioning teams.

“Resisting the urge to dream big, we set a simple benchmark: improve on last year, compete consistently against the teams around us on the ladder.

“Put simply we have failed to live up to those expectations and that is why we have agreed to end David's tenure as coach.”

Leigh Adams, North Melbourne’s VFL boss, will fill in as caretaker coach for the remainder of 2022 while the club looks for an official replacement.

The new coach will become the Roos’ fourth senior coach in five years.