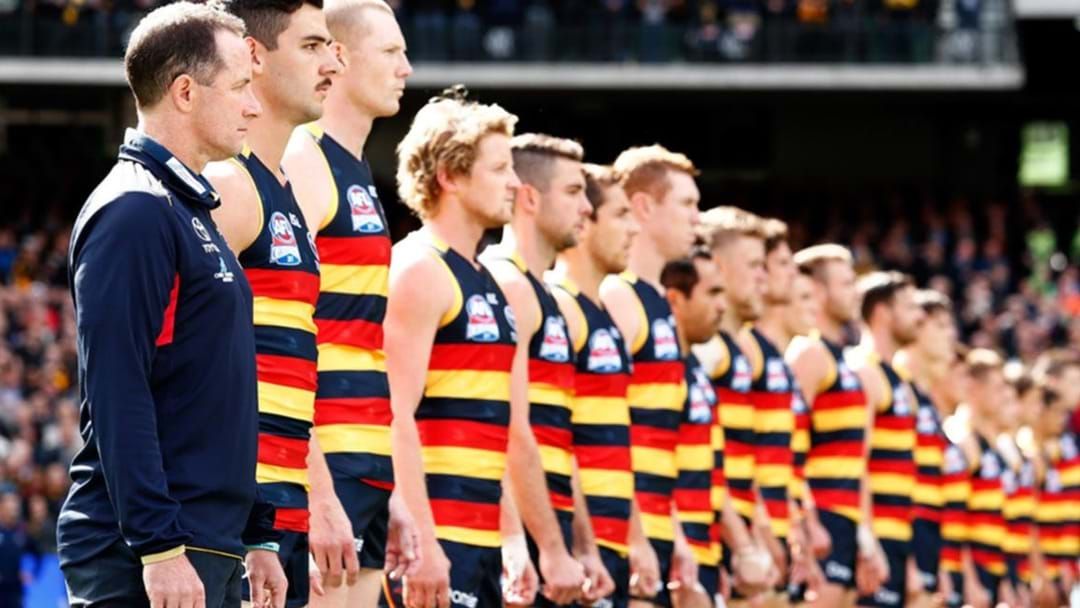 Safework South Australia have cleared the Adelaide Football Club over an investigation into a controversial off-season camp prior to the 2018 season.

The 2018 pre-season camp in Gold Coast aimed to develop psychological gains following a stressful environment, after they suffered a devastating loss to Richmond in the Grand Final.

The mind training camp was intended to build mental resilience, instead it created fractures within the group resulting in players being distressed to return to the club.

According to a report from The Age in July, 2020, players were tied to trees and sledged with intense personal details, among other mentally-draining routines.

The Crows confirmed in a club statement on Tuesday a SafeWork SA investigation found they hadn't breached any work health and safety laws.

"The South Australian Government's independent workplace safety regulator has cleared the Adelaide Football Club of any wrongdoing in relation to its pre-season training camp in 2018," the Crows said in a statement.

"SafeWork SA's comprehensive investigation, which took more than a year to complete, found neither the club nor any other person or organisation breached any work health and safety laws during or in relation to the camp.

"The club fully co-operated with the confidential investigation, voluntarily providing all information and documentation sought by SafeWork SA. The matter is now closed."