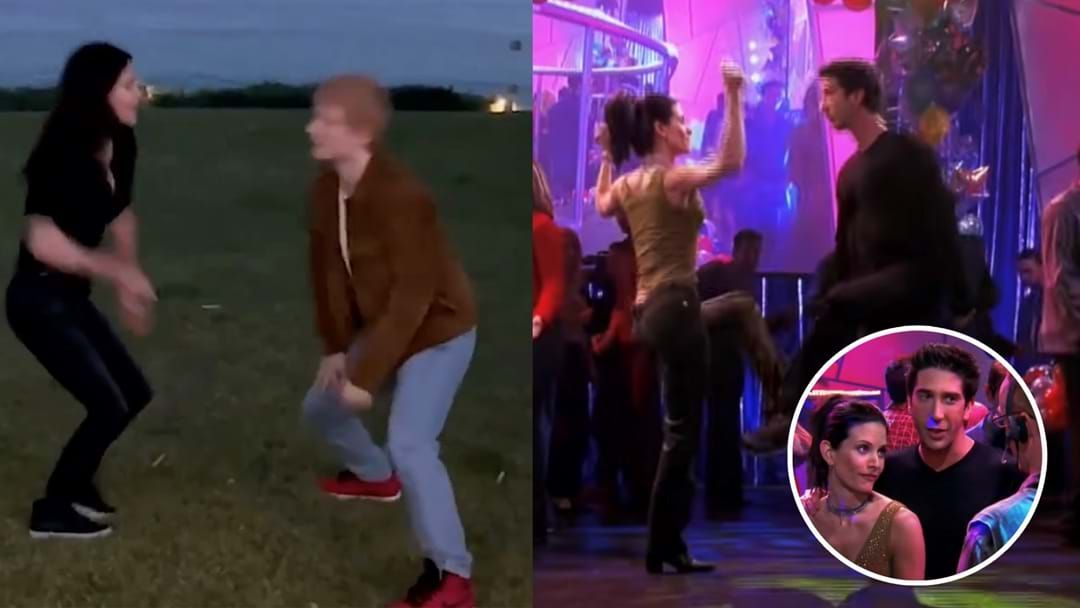 The Friend's reunion special is all everyone is talking about these days and that seems to ALSO go for the one and only Ed Sheeran.

He's teamed up with Courteney Cox who played Monica in the series to recreate the iconic dance she performed with Ross (David Schwimmer) and the results are HILARIOUS!

The routine comes from an episode in season six and is appropriately titled "The One With the Routine,". We see Monica and Ross living out their dream of appearing on Dick Clark's New Year's Rockin' Eve.

In order to get the attention of the producer of the show (who keeps pushing them to the back), Monica and Ross deliver a spectacular dance routine they previously performed at a high school talent show.

Could this BE any funnier?