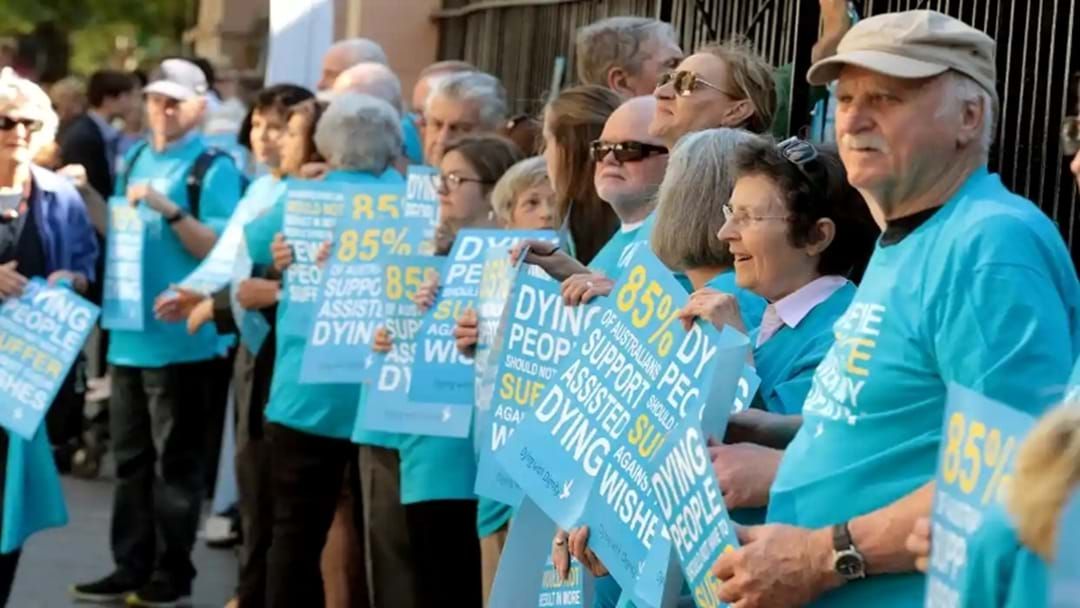 Days away from the federal election and the voluntary assisted dying bill is on the cusp of being passed in NSW.

While opponents of the bill have put forward a long list of amendments, advocates are hopeful it will be made law by midnight on Wednesday.

In its third legislative reading of the bill, which passed in the lower house in November last year, there are more than 100 amendments will be considered and voted on.

But time is of the essence as the upper house has only until midnight tonight to debate and vote on the proposed bill.

"I hope members of the upper house respect the mandate the lower house has provided them with and respect the will of the people of NSW to pass this bill and I hope that time is not wasted," Independent MP Alex Greenwich said.

"Not only will that be disrespectful to the parliament but what it really does is prolong the unnecessarily cruel and painful deaths of some people with advanced terminal illness."

Mr Greenwich who put the bill forward, said he is concerned that opponents of the legislation will try to fudge the debate so that the house runs out of time.

"It's a bit late now to be lobbing in hundreds of amendments when the parliament has had this bill for the past 12 months," he said.

"I would ask you to focus on the people this reform is for rather than the politics of delay."

The last Australian jurisdiction to allow euthanasia, NSW politicians from the Coalition and ALP have been given a conscience vote on the bill.