Concerns Escalate Over Flood-Damaged Waste Removal In NSW And Queensland 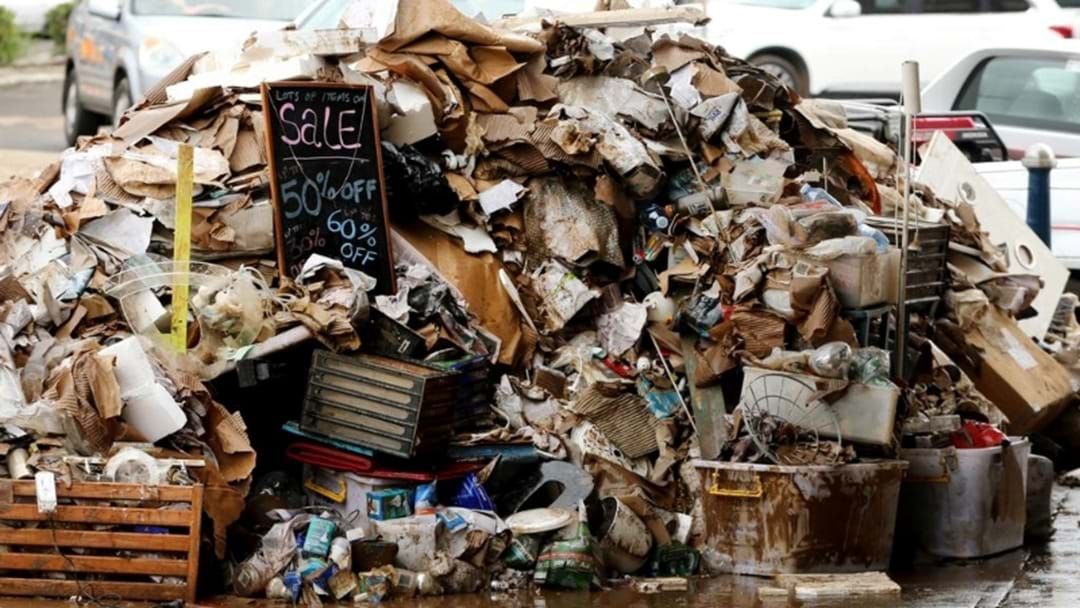 Piles of flood-damaged goods and waste across south-east Queensland and New South Wales are now becoming a potential health risk and environmental hazard.

Stacked collections of blemished items from flood-ravaged homes and businesses will move from lining the streets to accumulating at landfill sites and temporary storage.

While, in the Northern Rivers of NSW, the Lismore council, has estimated more than 1,000 tonnes of flood waste is being collected and relocated to a temporary site at a tip every day.

Lismore’s general manager John Walker confirmed that as of Wednesday, the state government will take over the waste collection and will transfer the rubbish to a quarry site near Teven, 30km east of the flood-ravaged area.

“People there are traumatised,” he said. “It just sits on the street. Ultimately it’s totally depressing and it’s really important we clean it up."

“I think recycling is off the agenda. It’s just a pile of mess.”

Meanwhile, concerns are escalating over the saturated rubbish becoming a breeding ground for mosquitoes and mice, after a surge in creepy crawlies, pests and mould increased during 2021 after La Nina bought wet weather to the eastern seaboard of Australia.

There is also the possibility of an increased risk of bacteriological contamination, due to wastewater, general waste, human and animal waste, as well as chemical and physical contamination of drinking water and food.

Waste industry groups have called out a lack of planning for disasters, with insufficient landfill sites held in contingency for major events.

But, Queensland environment minister Meghan Scanlon, has reassured the public that councils had disaster plans in place, while the state provided advice and support for dealing with waste.

“With unprecedented flooding in both large swathes of Queensland and NSW, the issue here isn’t capacity at our landfills, but capacity for council contractors and industry to pick up waste,” she said.

Scanlon added that waste sector representatives were being consulted “to determine their processing capabilities to help manage the clean-up”.

The clean-up across both state's is expected to take weeks to clear.