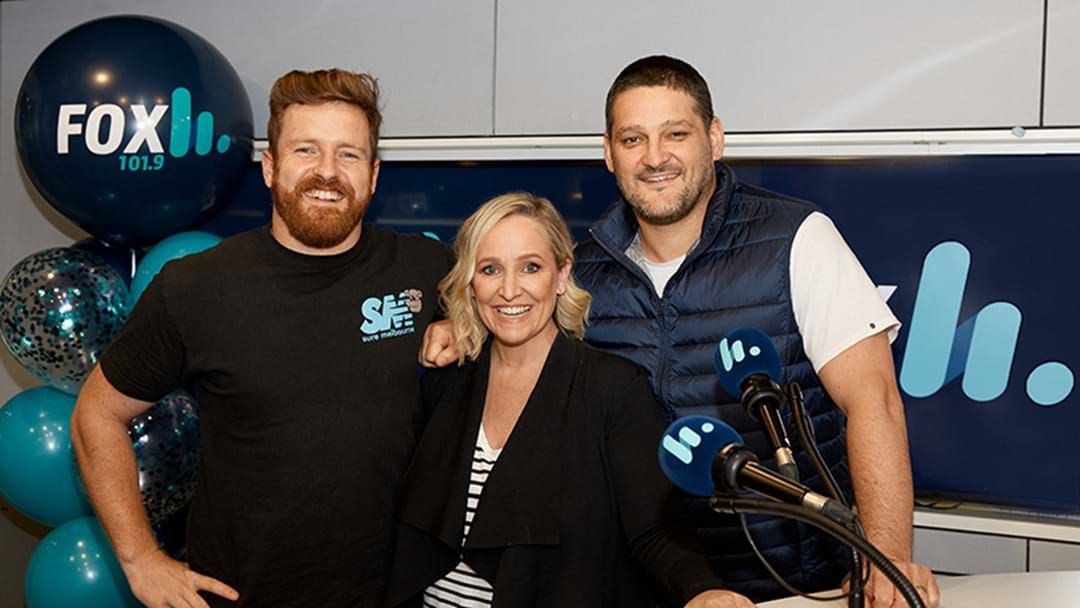 Nick has built a loyal fan base for his easy-going comedy style with sold out shows across Australia and his regular spots on radio and TV including Have You Been Paying Attention?, Hughesy We Have A Problem, LOL: Last One Laughing Australia and Melbourne Comedy Festival galas. Nick also appeared on Conan O’Brien’s late night talk show and is only the fourth Australian to have done so.

Nick has been part of the Triple M Brisbane show, The Big Breakfast, which has been a huge hit.

A native Victorian, Nick is excited to return home and said: “I’m so pumped to be joining Fifi and Fev in 2021! Fifi is an absolute legend and let’s be honest, there is only one bloke that can keep up with one of the best full forwards of all time and that is me - 1999’s Werribee Under 12’s 3rd best and fairest.

“It’s insane that they’ve let a kid from Hoppers Crossing join the breakfast show on the biggest radio station in the country. 2020 was a hectic year for Melburnians but we are on our way back to the life we love.  I can’t wait to be hanging out with these champions every morning, while getting to chat with listeners in the best city in the world!”

Fifi Box added: “I’m a huge fan of Nick.  He’s such an exciting, hilarious comedian setting the comedy world on fire and I know we’re going to have so much fun in the studio. He also has a very impressive beard.”

Brendan Fevola remarked: “I thought I was the funny one, but I hate to admit it, The Fox has found someone even funnier than me. I can’t wait for Nick to start in 2021, he’s unreal!”

Fox Content Director, Amanda Lee, said: “2020 has been the most extraordinary year. For most of it our shows were broadcasting from home and I couldn’t be prouder of them. Our team and our listeners have shown us there is nothing like Melbourne and we just love making a show for the people who live here. In 2021 we will be focused on nothing but fun and being part of bringing our city back to life. There will be no place like The Fox in 2021 and we are excited Nick is joining us for the celebrations. Fifi, Fev and Nick have a comfortable chemistry, are Melbourne born and bred and are ready to wrap their arms around the city and people they love.”

After six years The Fox breakfast show anchor, Byron Cooke, has decided Friday 27 November will be the last time his alarm goes off at 4am and will be pursuing other projects he is passionate about.

Take a listen to the big announcement here: