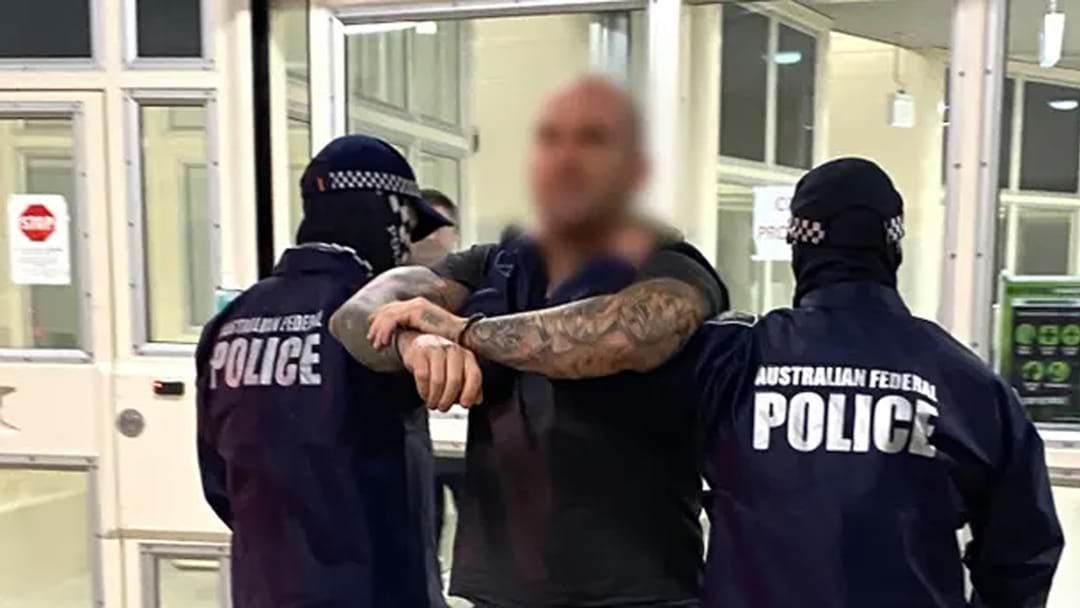 Outlaw motorcycle gang Comanchero boss Mark Buddle has been extradited to Melbourne from Darwin over the alleged importation of $40 million worth of cocaine into Australia.

The Australian Federal Police (AFP) said they escorted the 37-year-old man on a chartered flight on Friday morning to face two charges for the alleged importation.

Buddle’s extradition is linked to Operation Ironside South-Britannic, which resulted in five arrests in Australia in May 2021.

He was accused of importing more than 160 kilograms of cocaine and is expected to appear in Melbourne Magistrates' Court today.

Each offence carries a maximum sentence of life imprisonment.

“The AFP was well placed to respond to the man’s return due to the progress of an ongoing AFP criminal investigation, and the AFP’s strong global law enforcement and intelligence networks,” he said.

“Australians who think they can hide offshore in perceived safe haven ... take this as a warning.

“The AFP will be relentless in pursuing you, we are dedicated, and we are focused.”

“Operation Ironside has opened the door to unprecedented collaboration across law enforcement agencies around the globe and across the nation,” Assistant Commissioner Giles said.

“These results again highlight the AFP’s commitment to keeping Australians safe, while also preventing harmful illicit drugs and weapons from reaching our streets, despite the pursuits of organised crime syndicates both here in our state and abroad.”

More than 250 people have been charged in Australia under the operation.

For free and confidential advice about alcohol and other drug treatment services call the National Alcohol and Other Drug Hotline on 1800 250 015 or access free 24/7 drug and alcohol counselling online at counsellingonline.org.au.