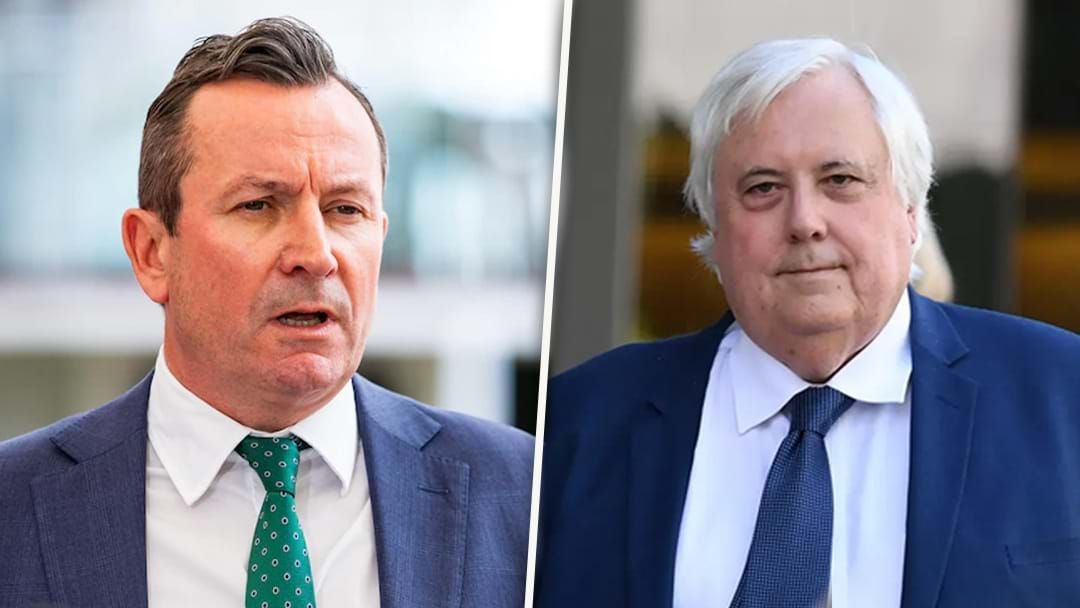 The billionaire is suing the Premier over public comments made in 2020.

Palmer is claiming his reputation has been damanger after McGowan named him "enemy of West Australia".

The Premier had requested to give evidence remotely by lodging a counterclaim, but Justice Michael Lee refused the plea, ensuring McGowan will appear in person later this month.

"I think that's important for a range of reasons, including my best assessment of matters such as subjective hurt and the like," Justice Lee explained.

Concerns were raised over by Palmer's legal team over his vaccination status, which Lee said would not interfere with the hearing, allowing the billionaire to stand trial.

"There is nothing about the identity of the present proposed witnesses that means a different course should be adopted," Lee added.

"I consider I have a better prospect of understanding the subtleties and nuances of the sort of evidence to be given in the present case, if it is given in person."

Palmer is seeking up to $30 billion from WA taxpayers, making claims of tarnishing his mining brand following comments made during press conferences beginning July 2020.